In the center of a Belgian town stands the ‘Church of Decay’ (pseudonym). The oldest part is the Romanesque tower, being from the 12th century! The main part dates back to the 19th century. Only the broad history can be found online but I’m sure that there is much more to be told. For example, I found a drawing of a soldier and the date 11-9-’44 inscripted in the tower, pointing to some World War Two history aswell.

The first unfortunate event for this church was a small earthquake in the 80s, after which it was closed due to cracks in the brickwork. During the next inspection they discovered that all the woodwork was riddled with dry rot, a certain species of fungi that weakens the wood significantly. It was decided that the church had to be demolished as renovation would have been too expensive, but after oficially being classified as a monument demolition wasn’t an option. It’s a typical Belgian situation. The church was never demolished and now still stands crumbling and rotting away in this small Belgian town. A few years ago the classification was downgraded to only keep the Romanesque tower, so the most recent plans are to demolish the 19th century part and have the tower restored.

All in all it was a beautiful building to explore and photograph. Not many buildings get to decay for so long without being vandalised! 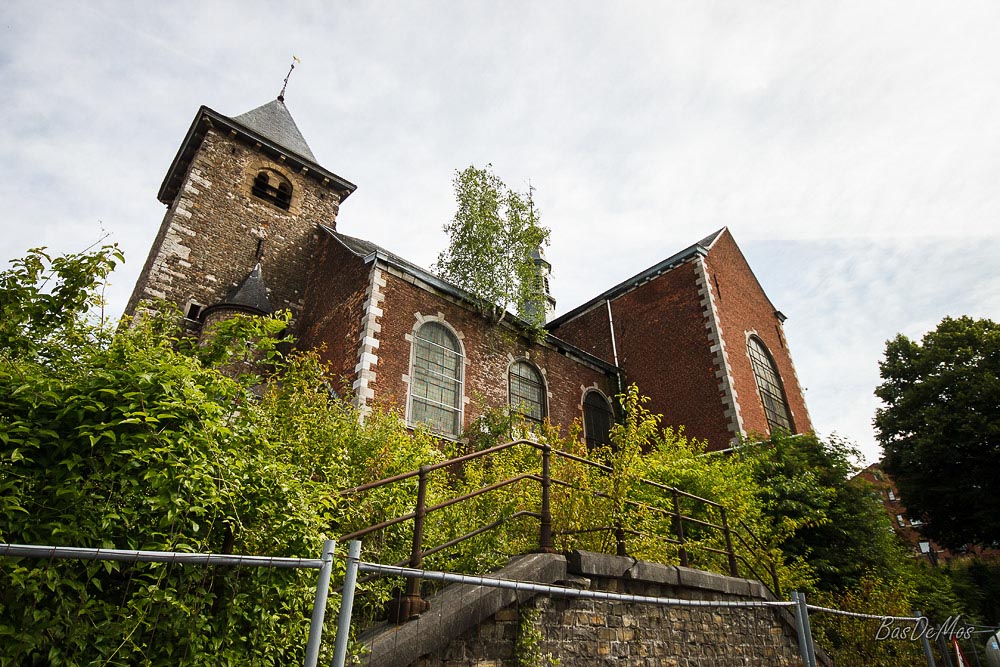 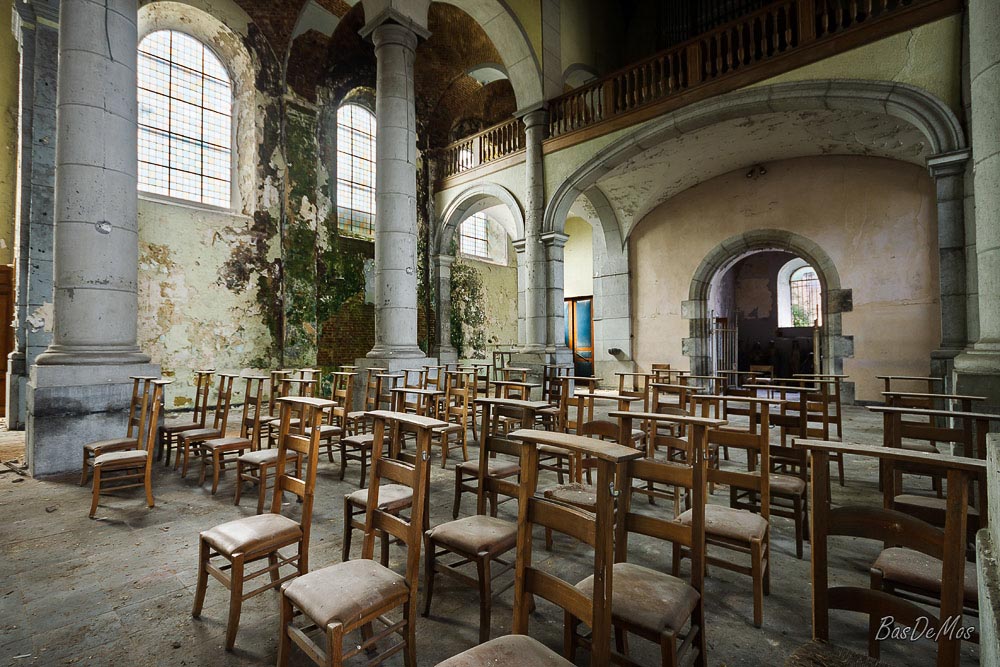 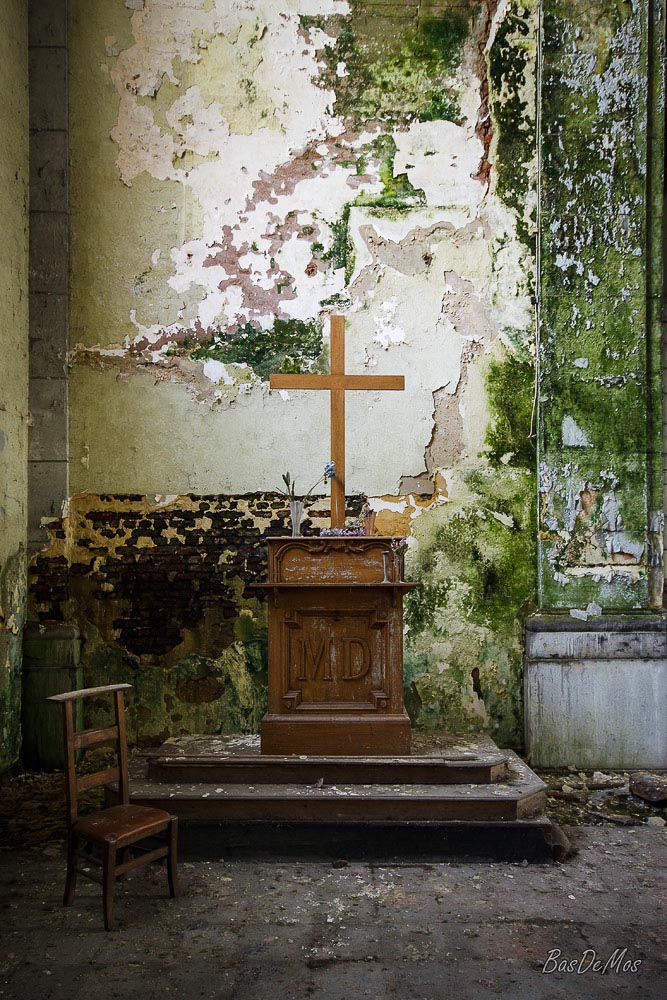 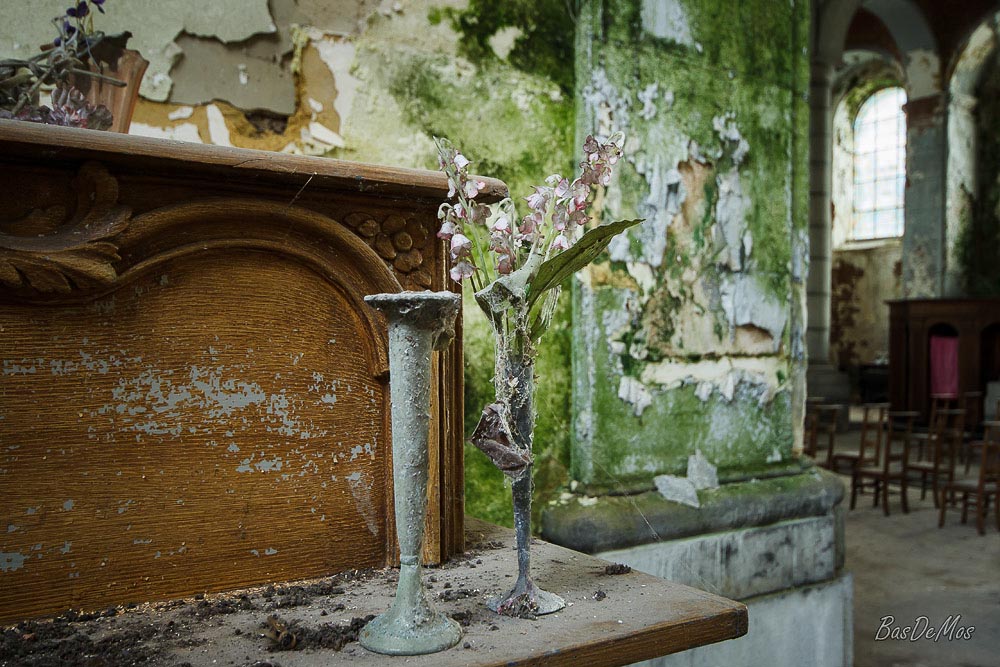 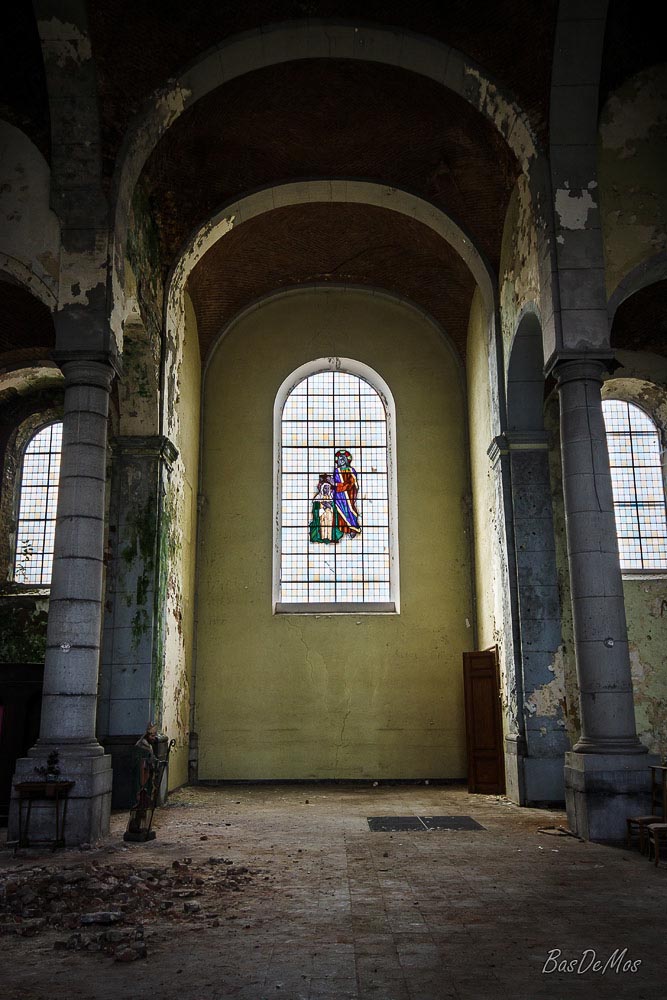 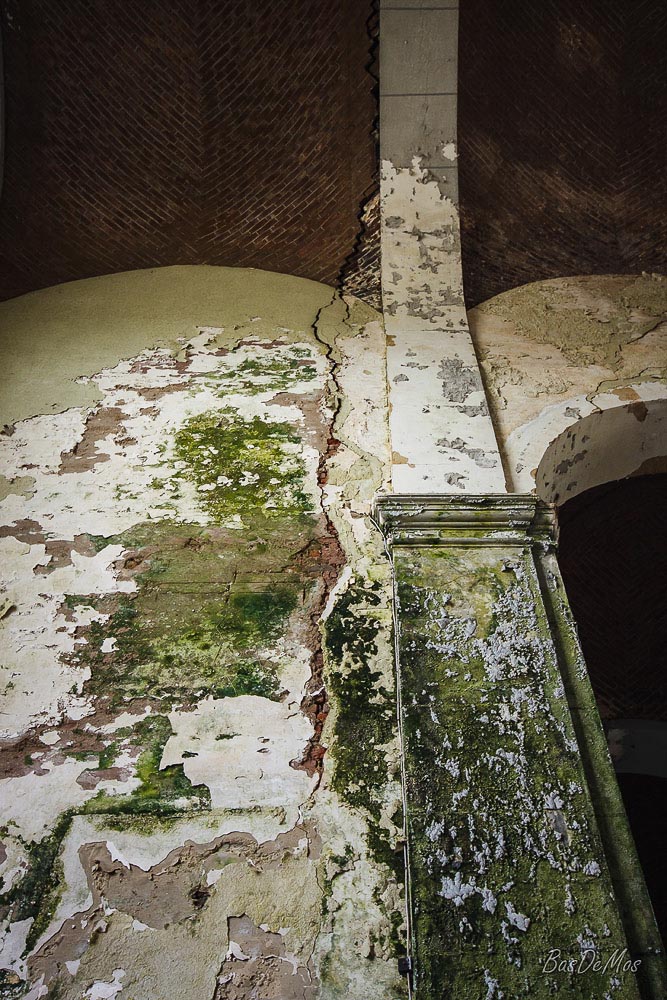 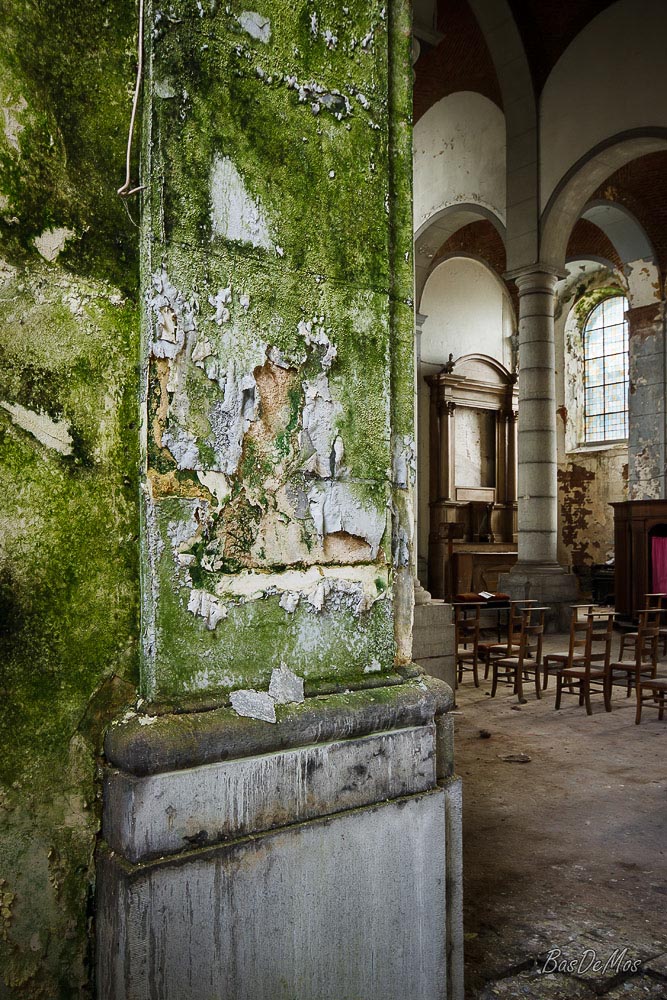 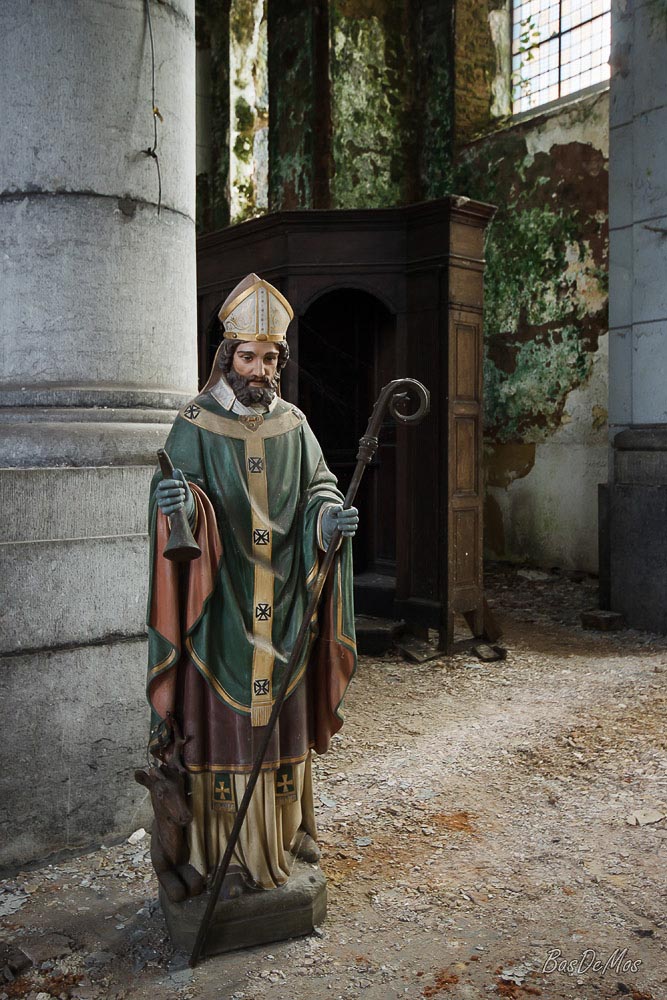 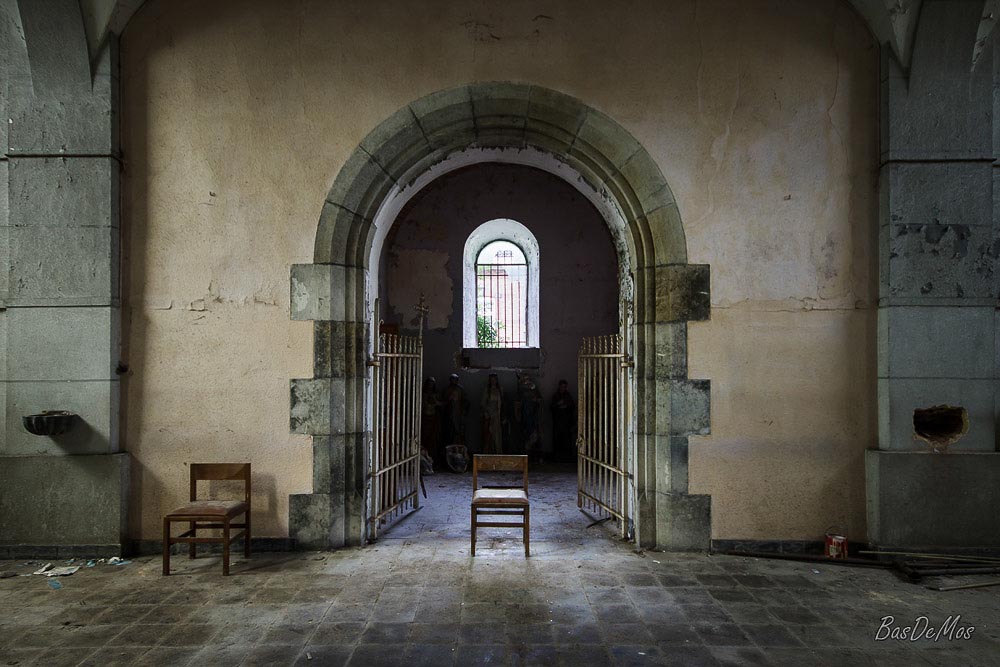 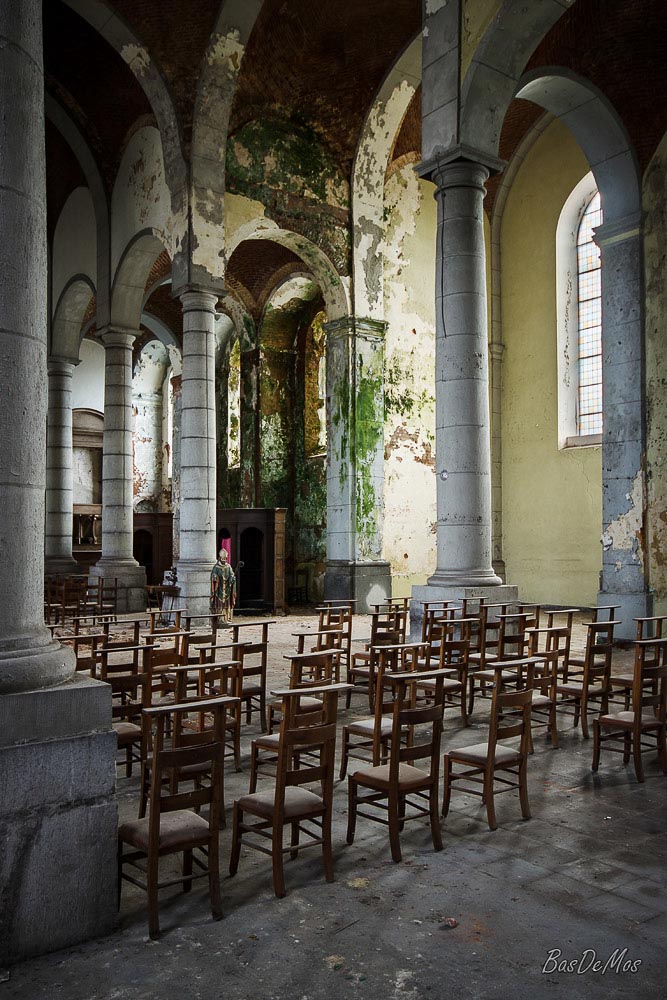 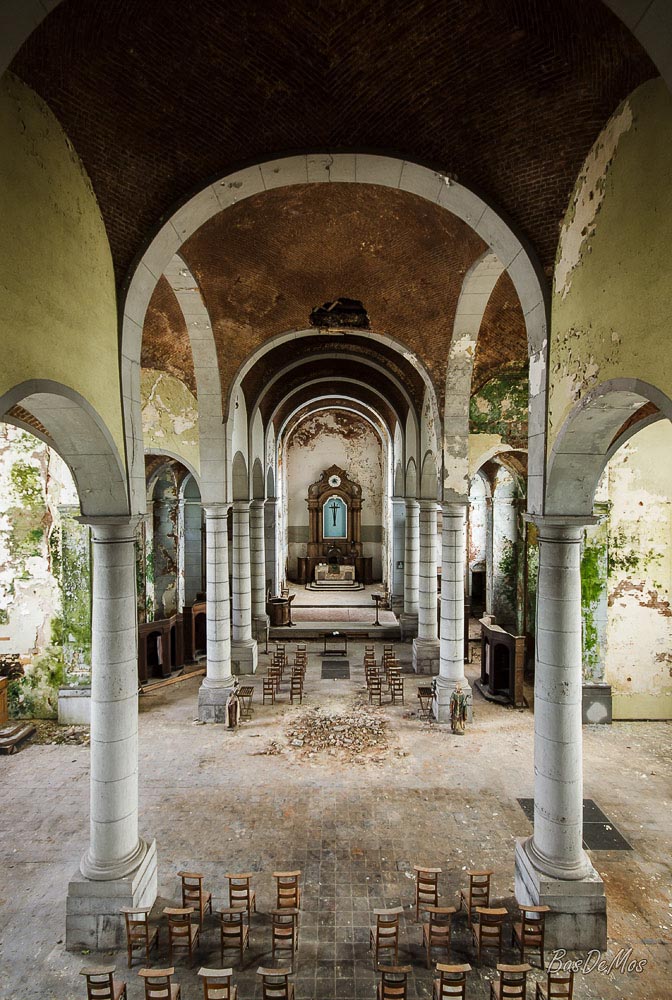 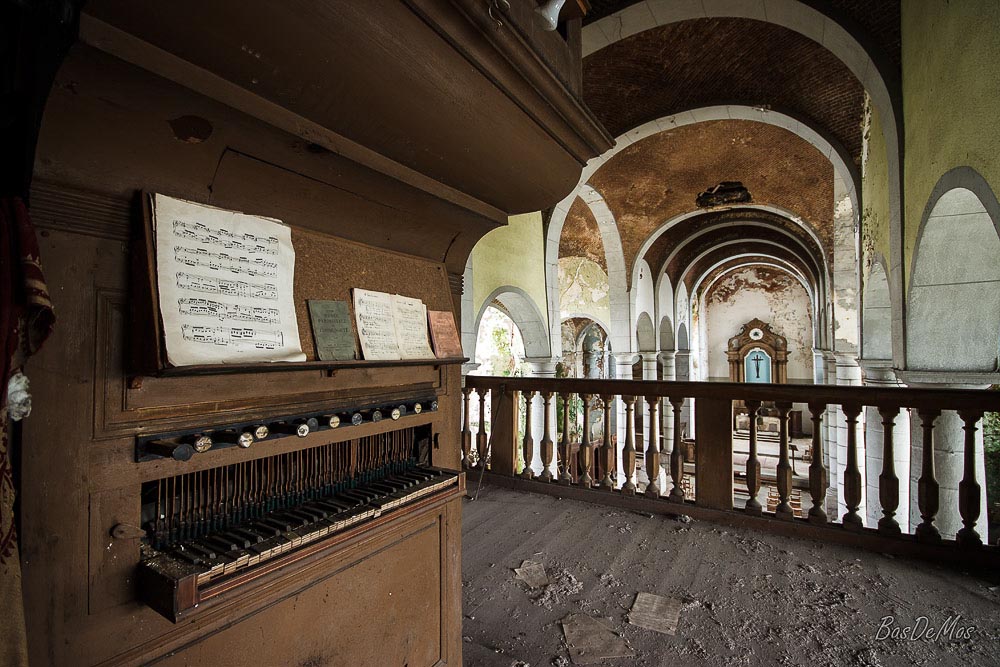 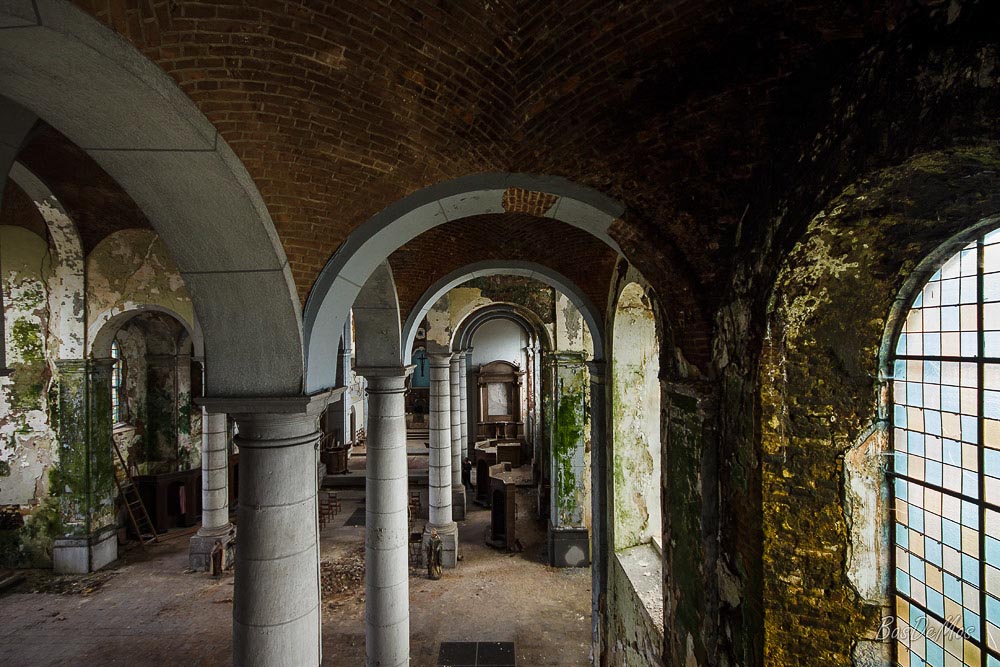 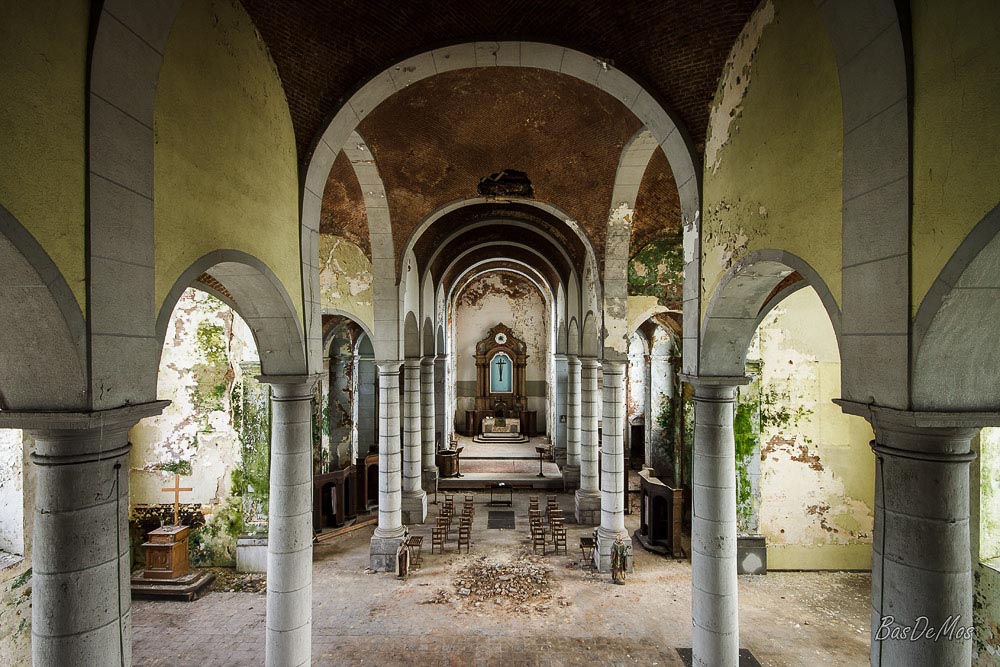 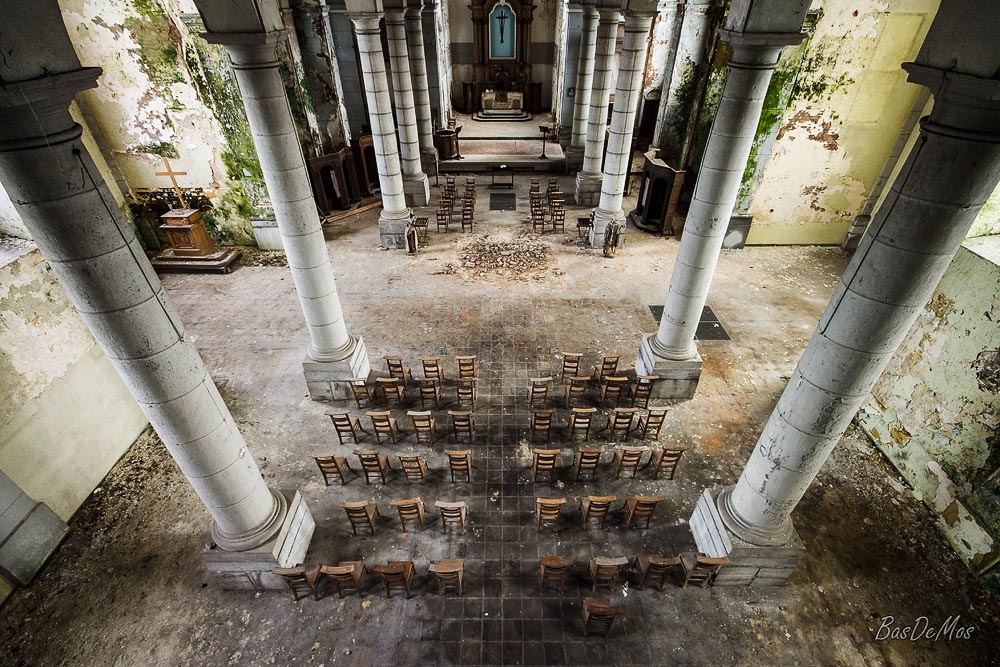 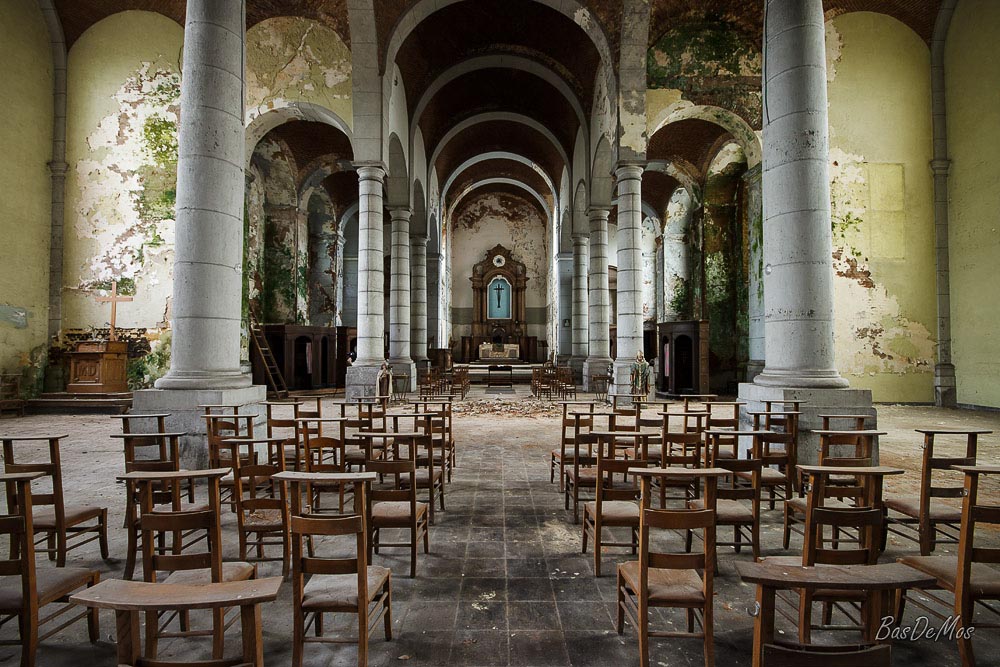 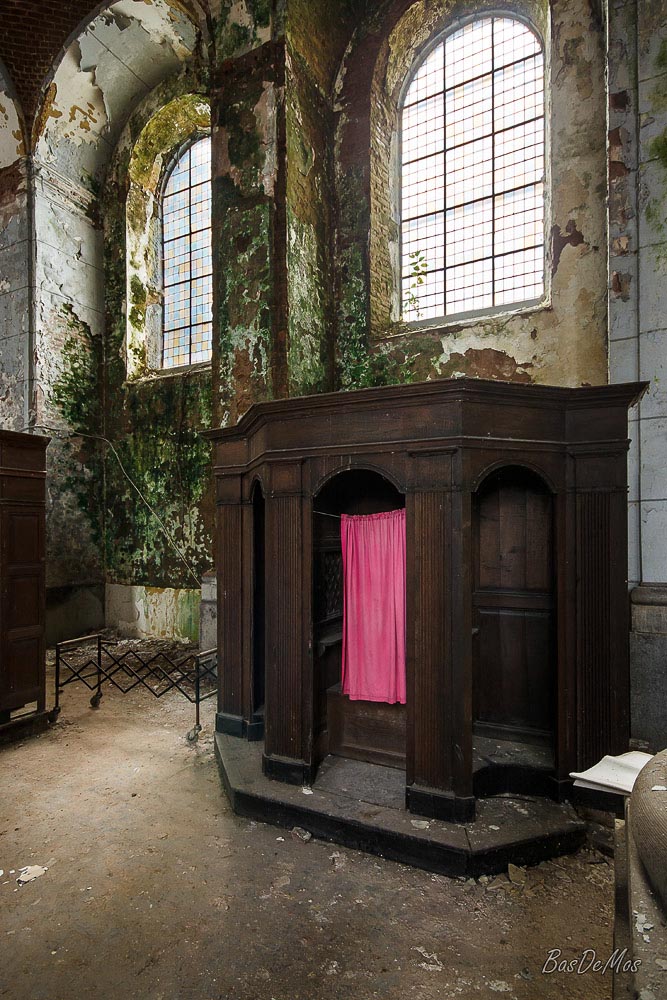 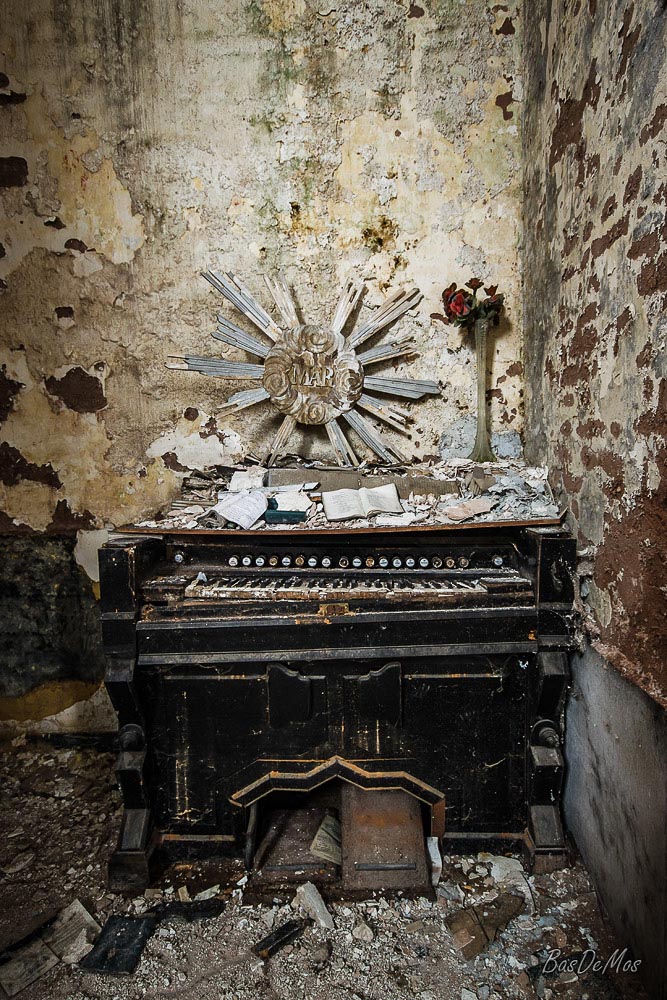 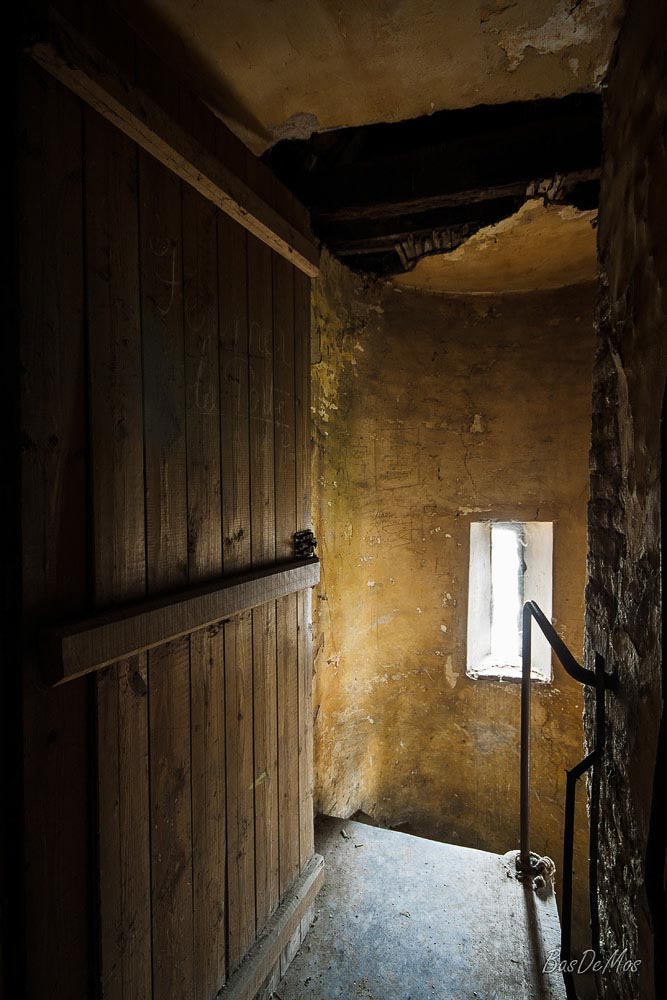 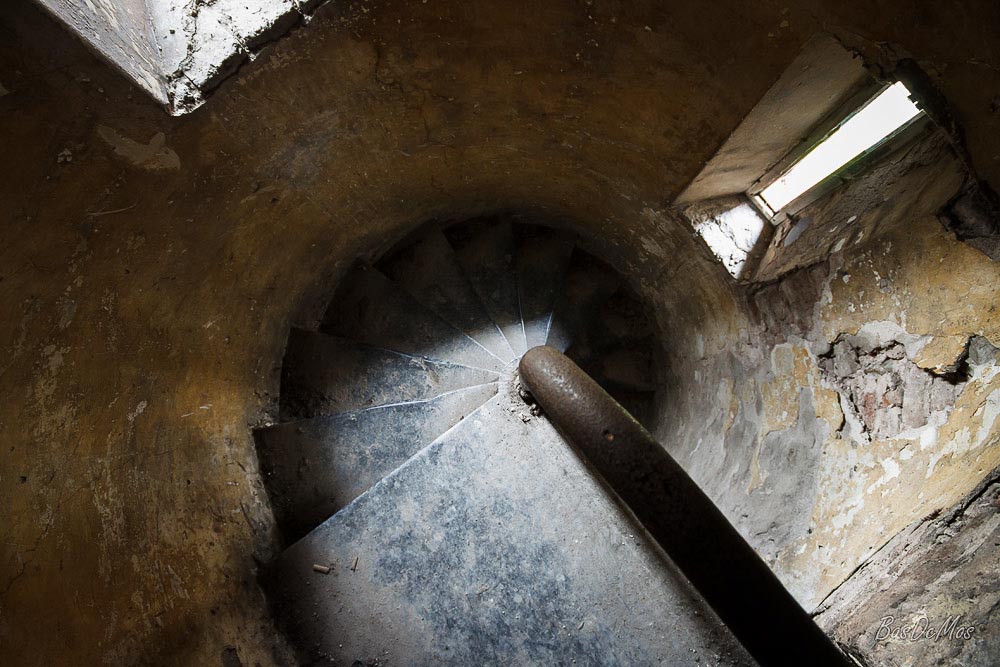 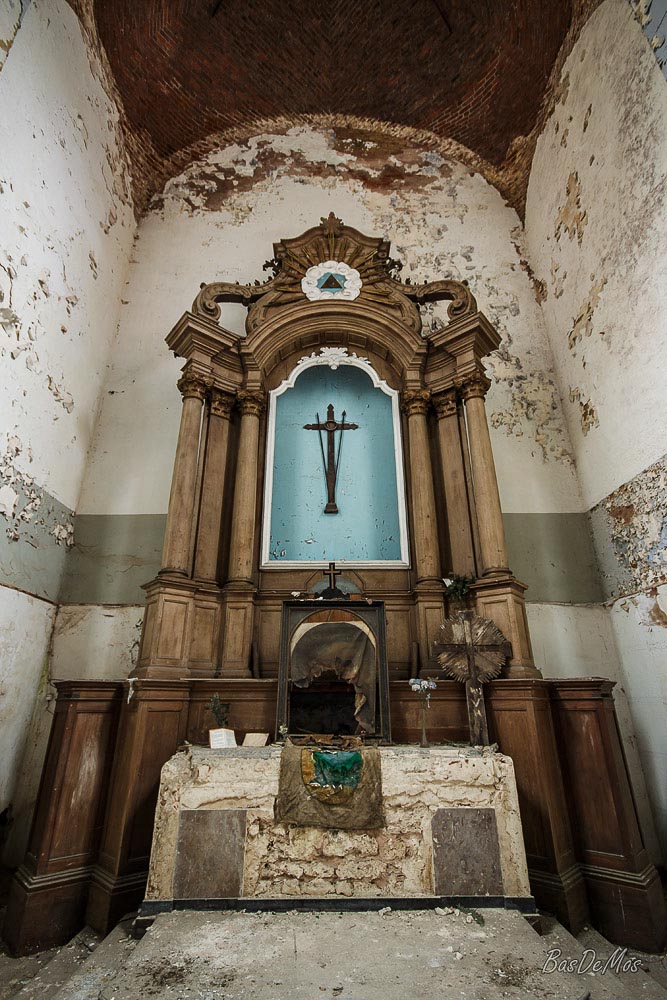 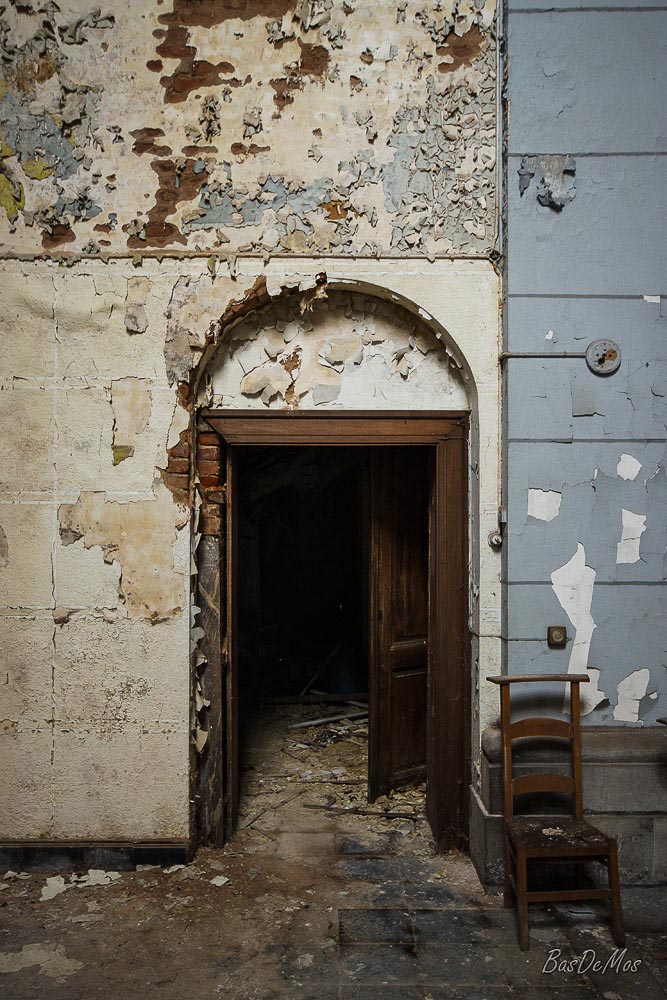 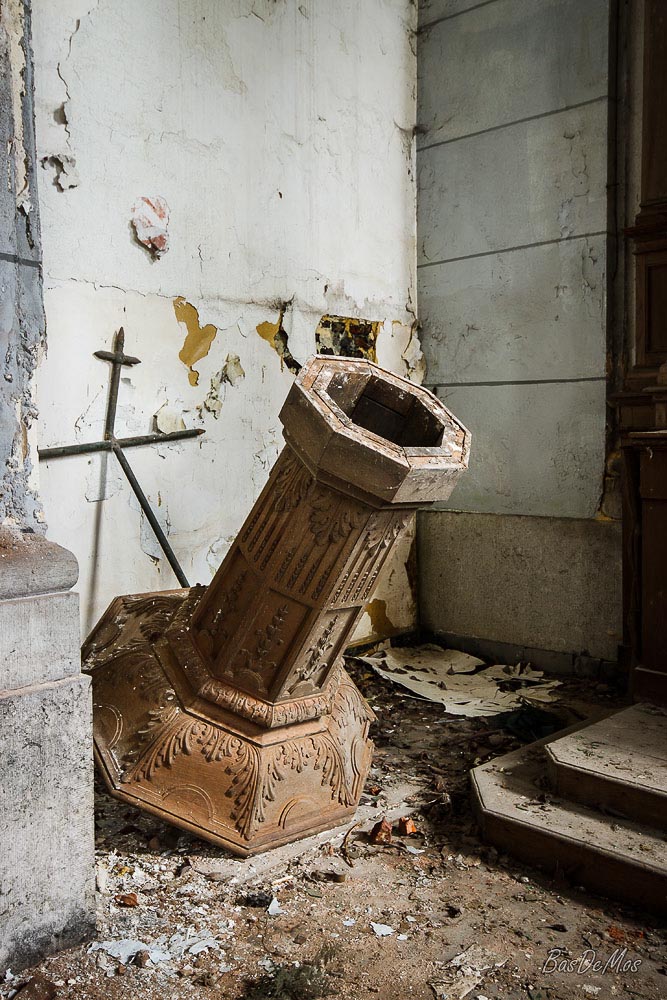 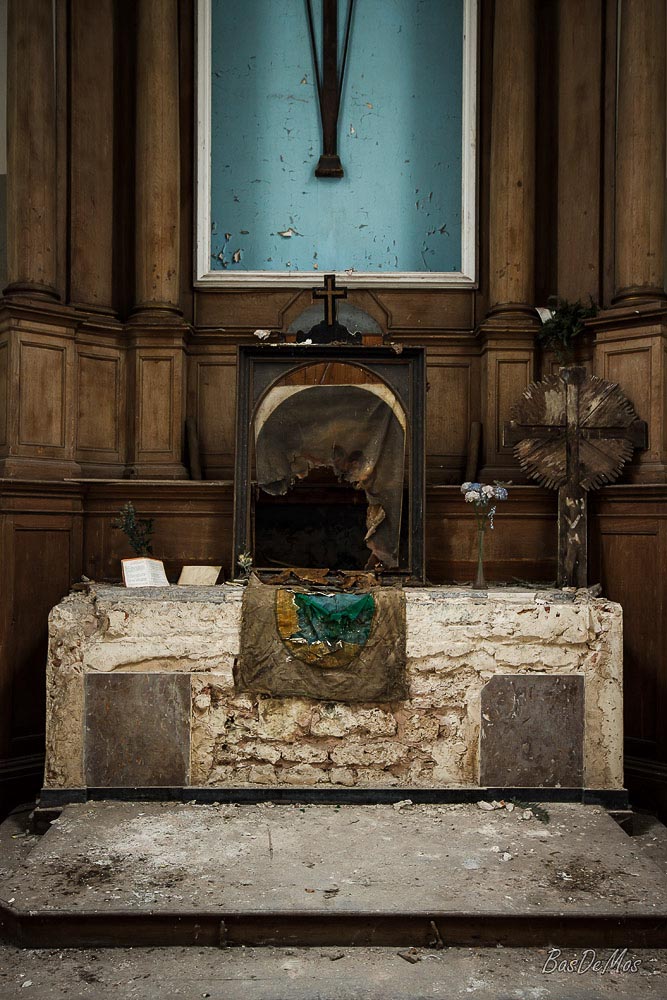 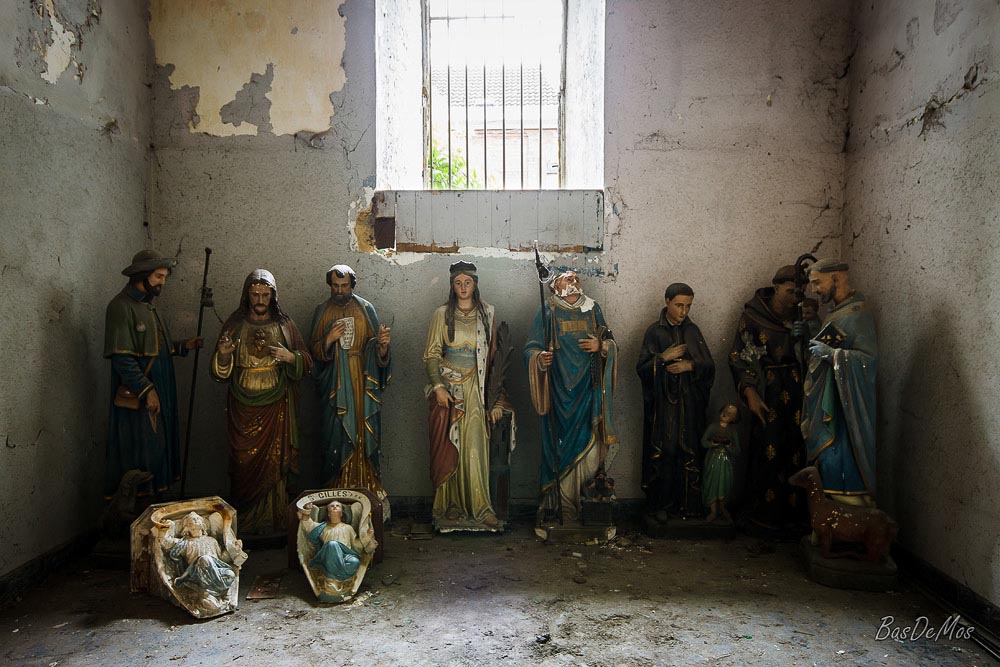