Somewhere in a Belgian city stands this old school. It is built mirrored, one half being for girls and the other for boys and both with a seperate entrance. Above them it still reads ‘entrée des filles’ and ‘entrée des garçons’ (girls entrance, boys entrance). A more modern section was added to the north side, which was the girl’s section. The boy’s section is still in use as a school up to this day. During the last years of being in use the old building was already in a deplorable state, with leaking roofs, horrible sanitation, faulty electricity and structural damage. In 2010 the approximately 200 pupils and 100 teachers moved to a another building.

During World War Two prisoners of war were being held here by the Feldgendarmerie (German military police) before being deported to Germany. One day five local men were killed trying to escape through a basement window, while three others survived. One survivor stated that he had returned to his cell and ducked under the blankets of his bed just in time, while others managed to flee. An interesting find were the two German murals in the courtyard reading ‘unauthorized access prohibited’ and ‘fire alarm’. It’s the only reminder of the German occupation in the former school. The actual prison cells were in the basement. The only basement section I found was the coal storage. I think the prison part is sealed pretty good as I didn’t find any passages from inside the building.

The visit was a spontaneous one, we were on our way to other derelict buildings when I spotted this run-down looking building. Explores like these are always my favourite, not knowing what to expect and having something to discover around every corner! The World War Two history gave it another dimension as it’s one of my great interests. 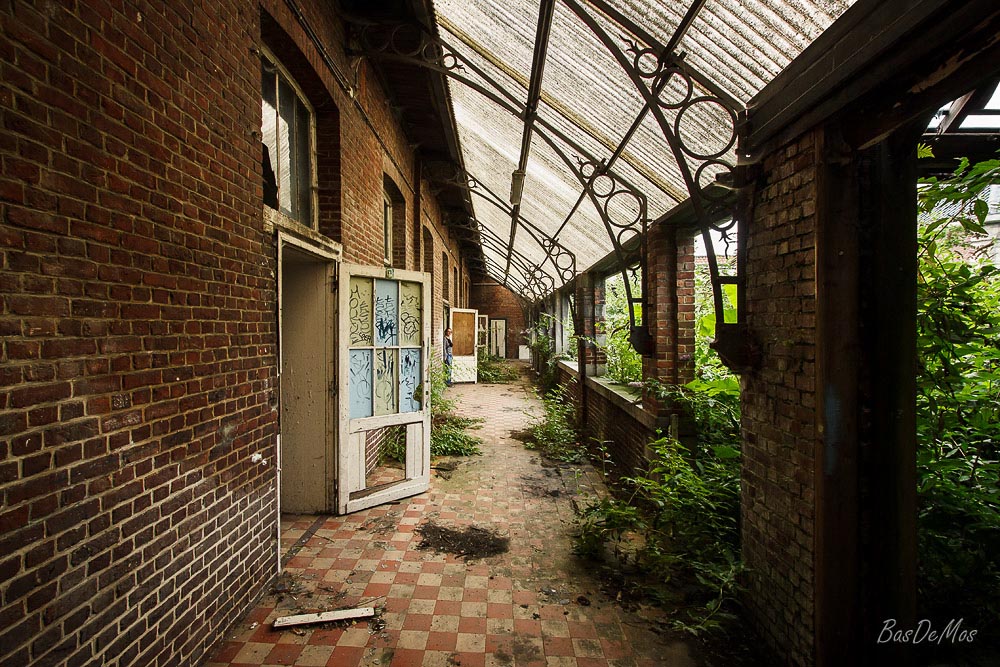 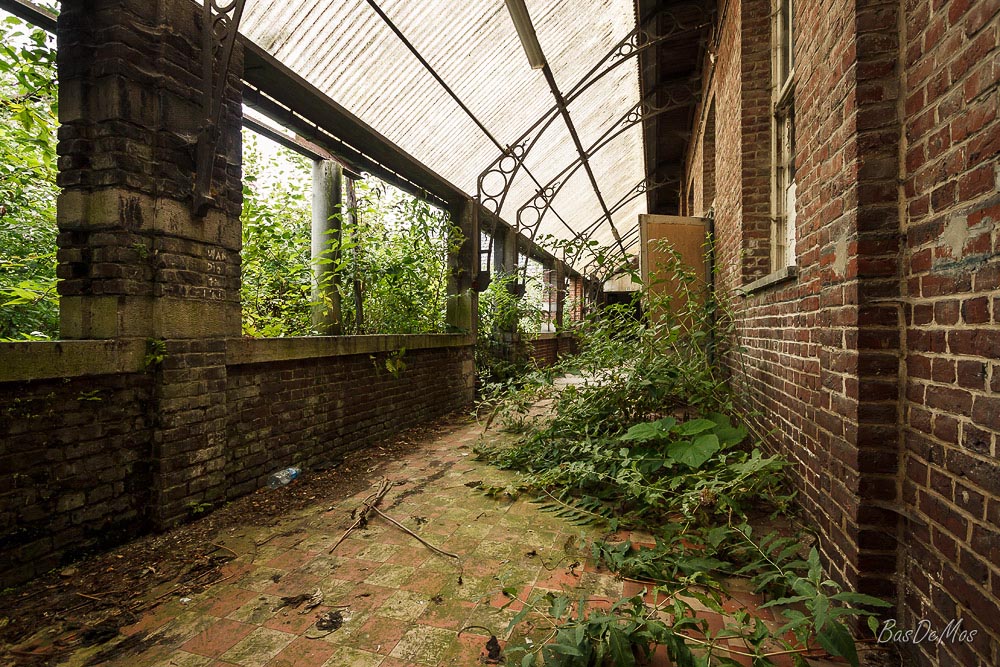 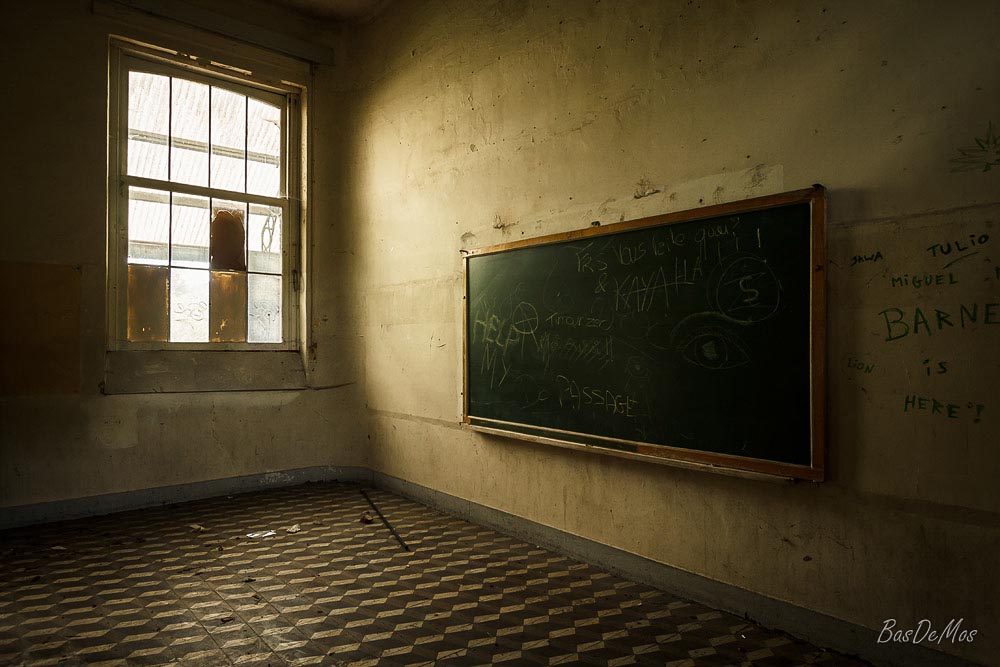 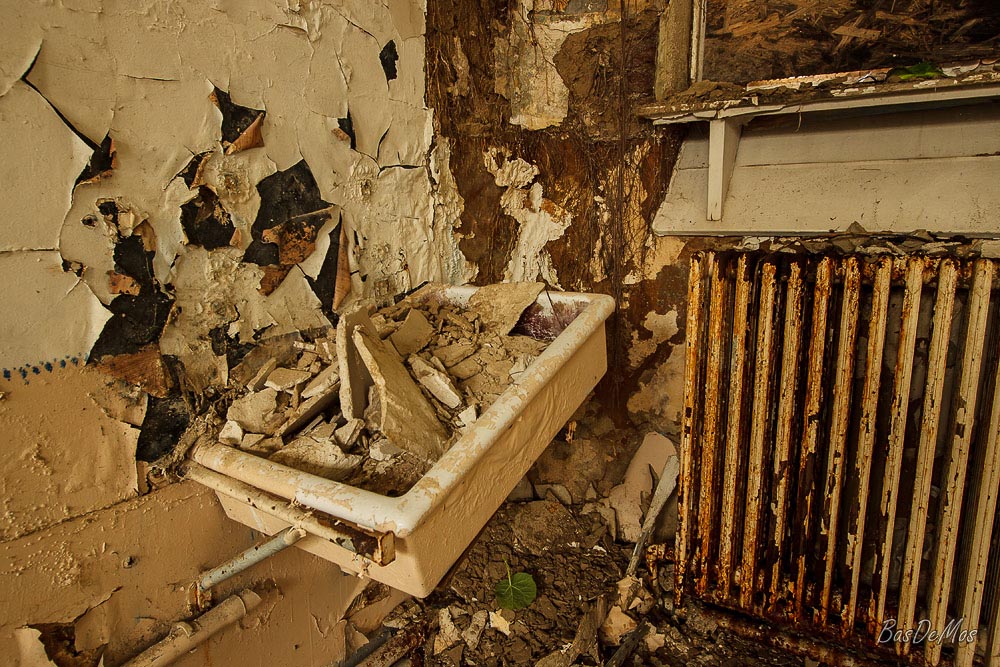 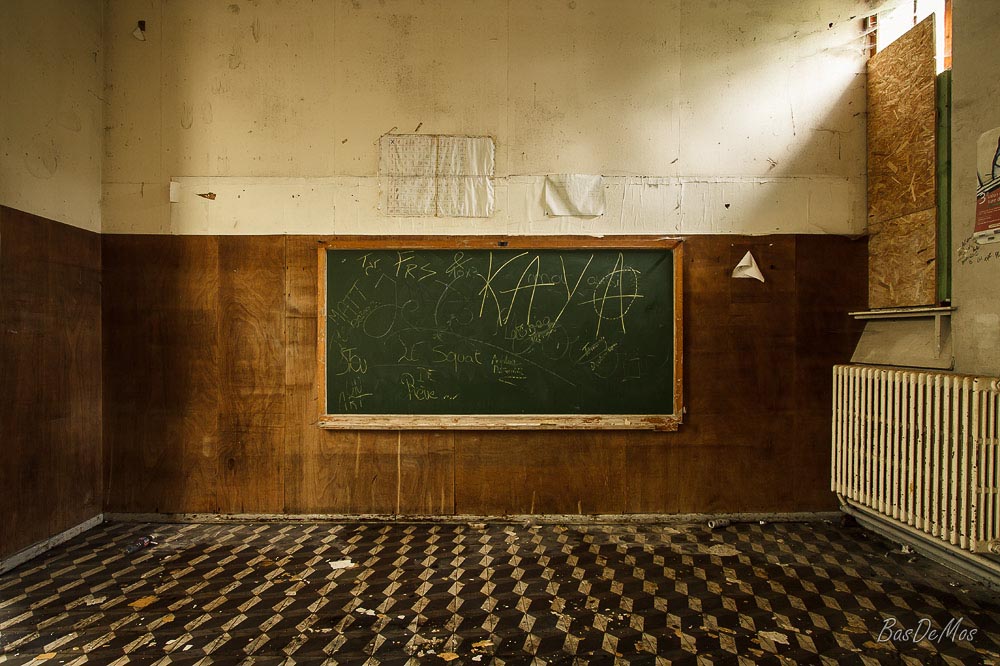 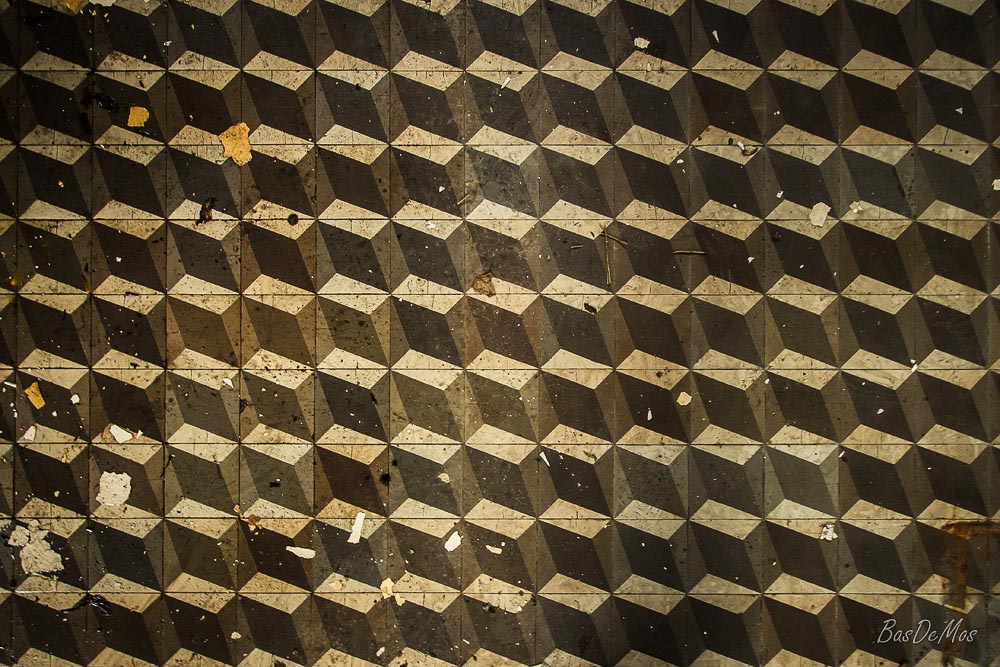 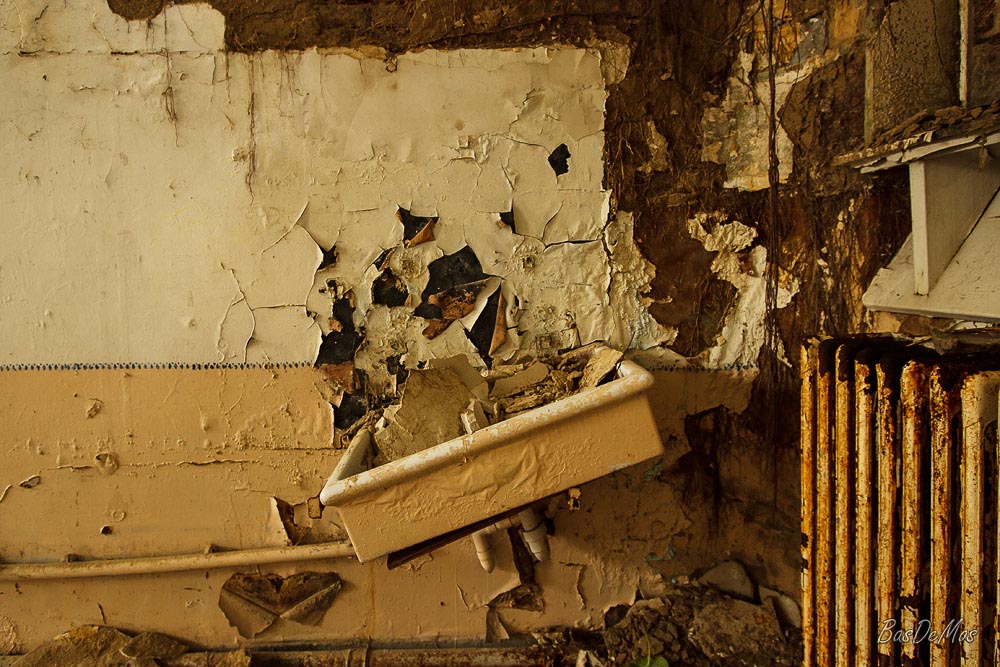 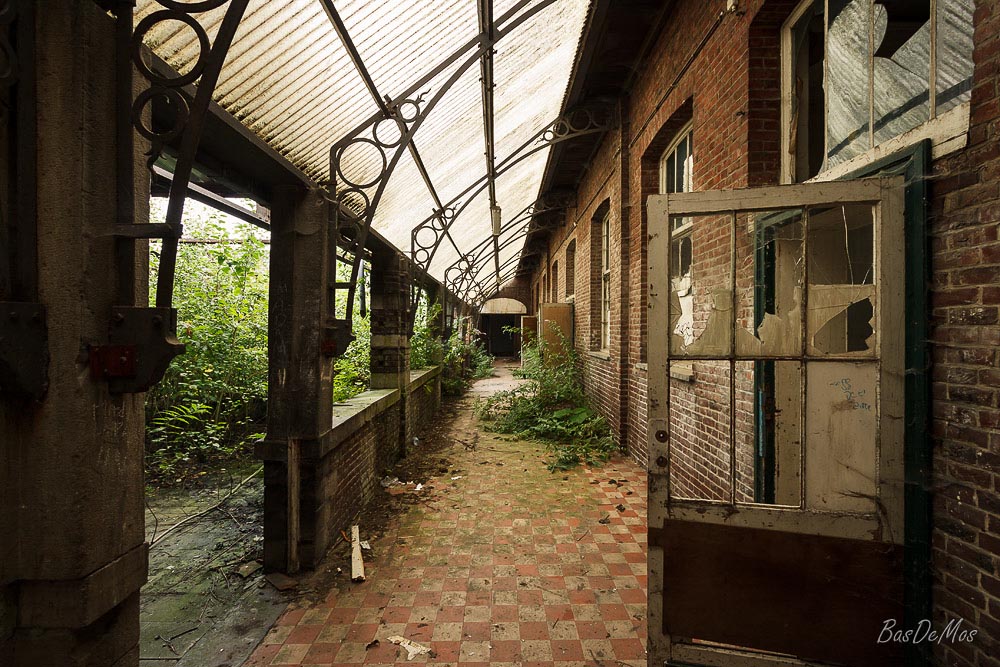 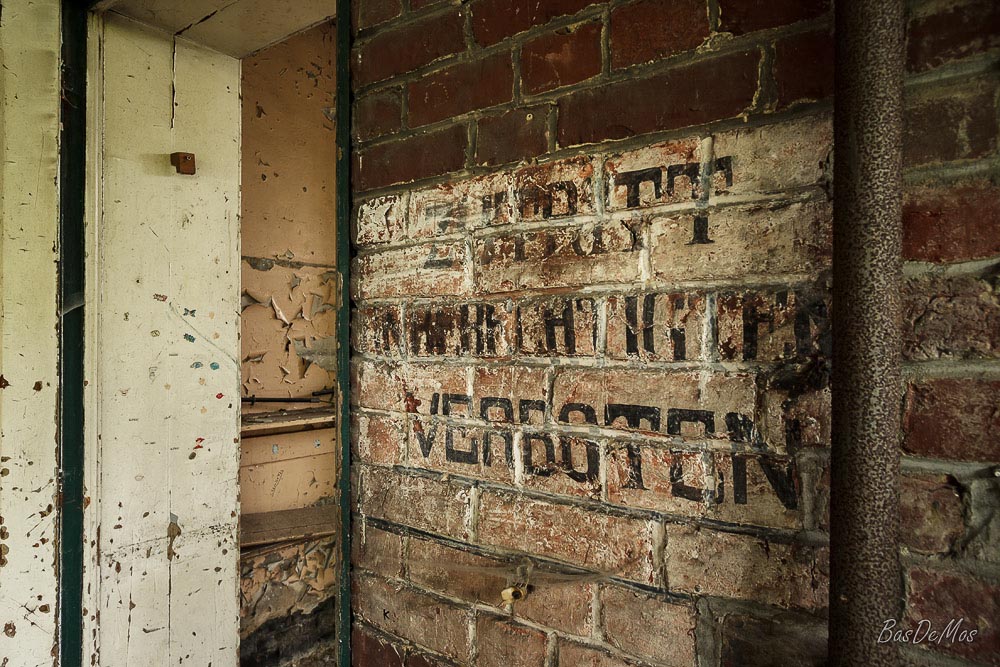 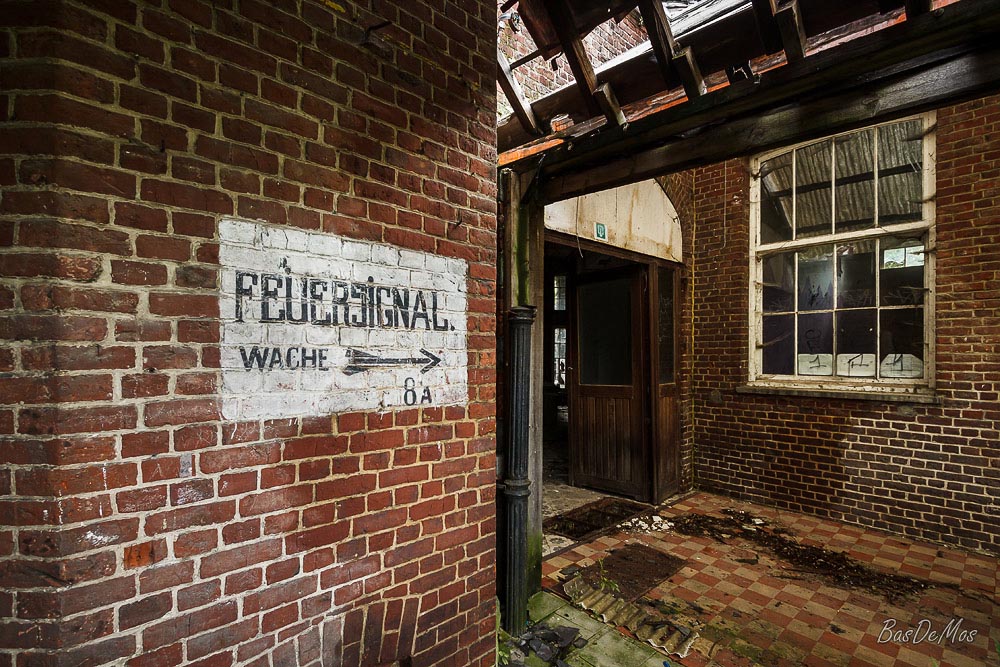 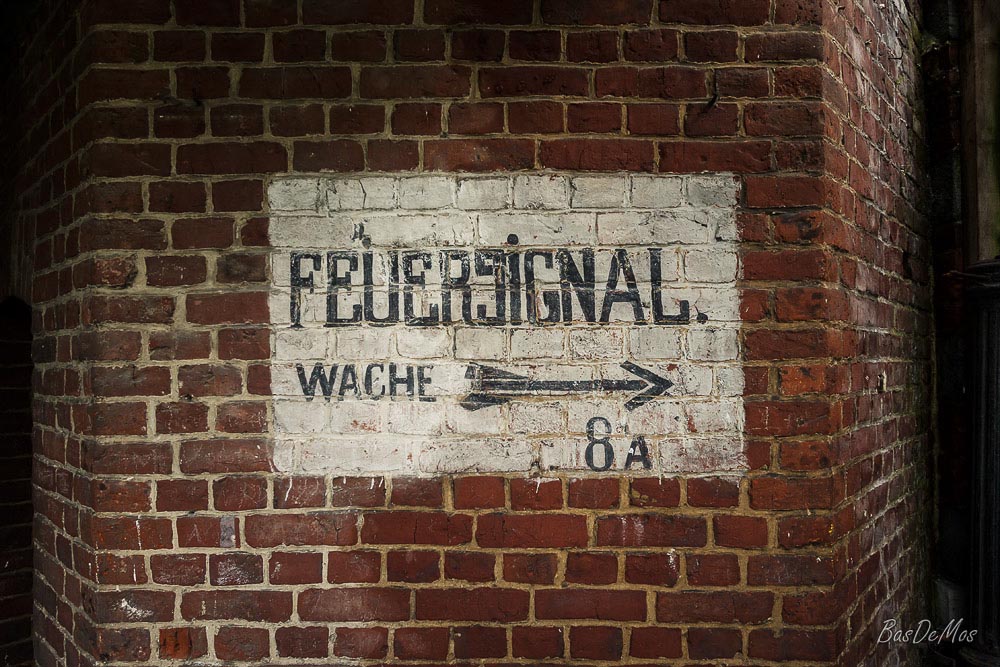 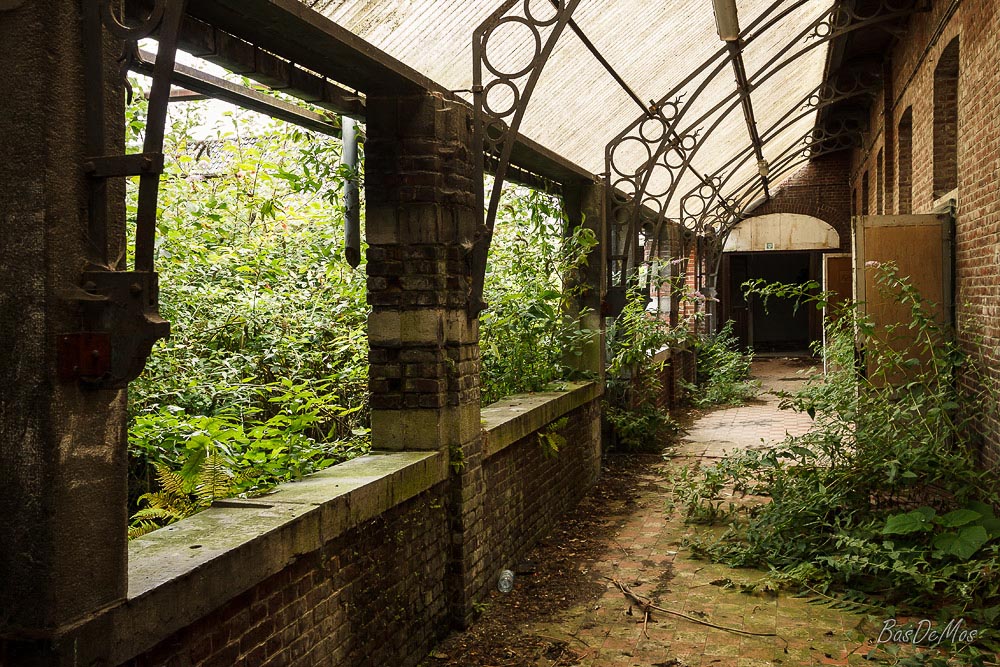 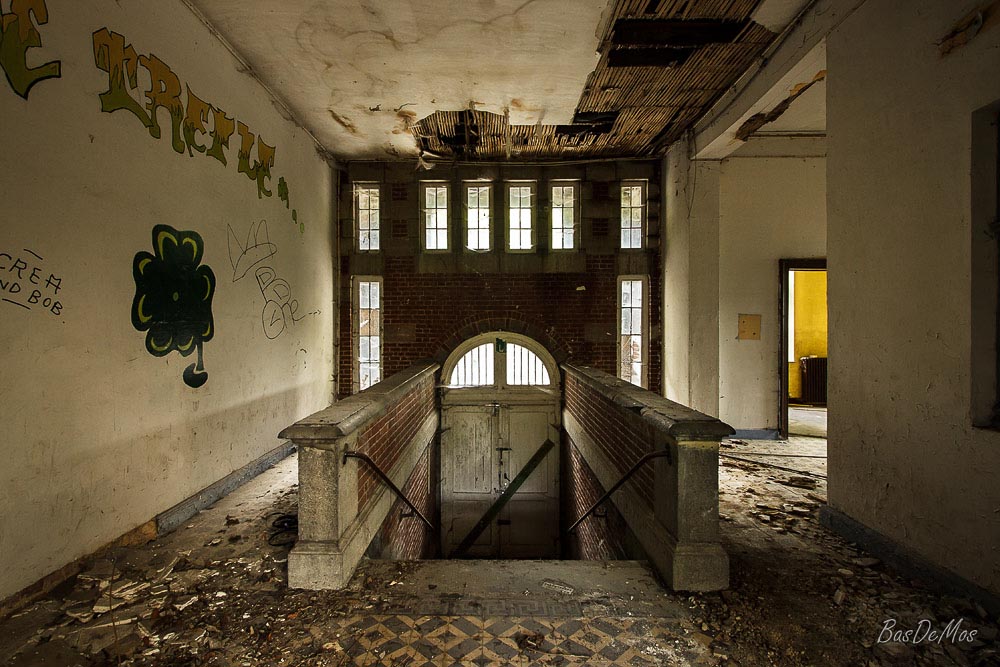 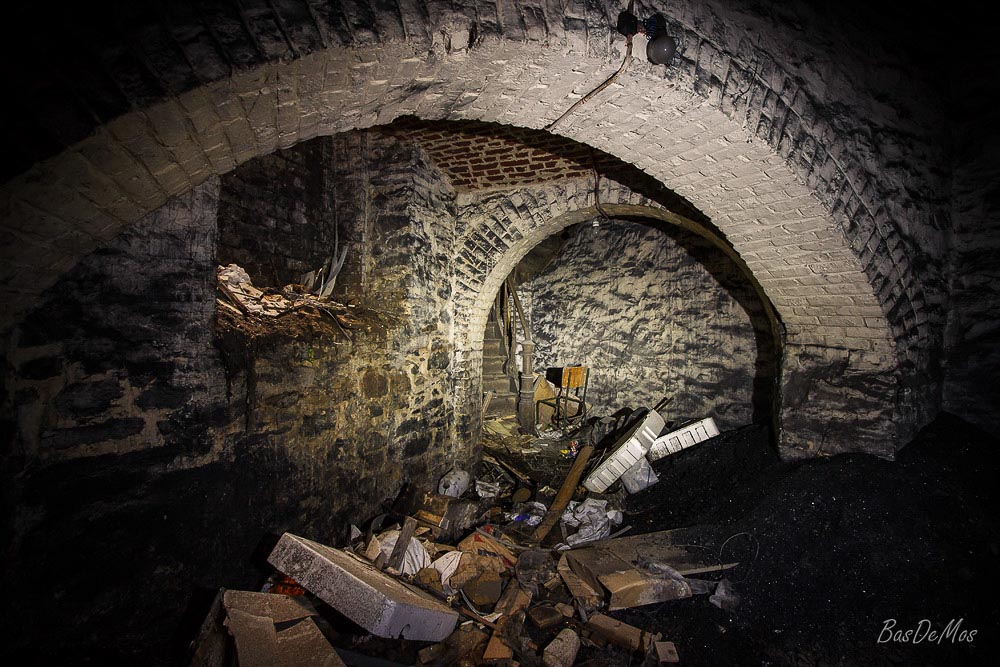 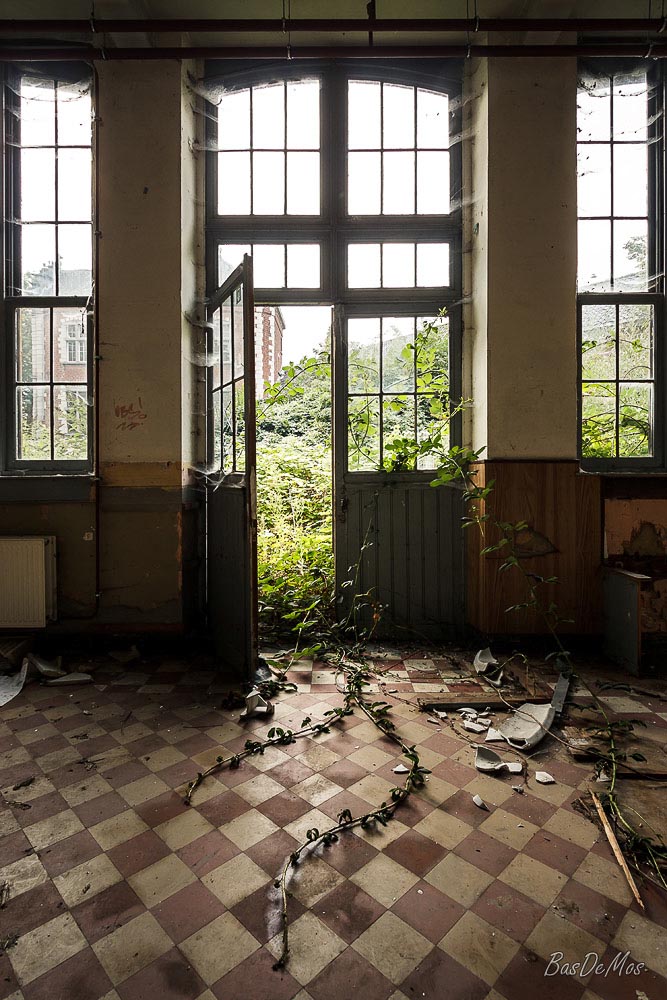 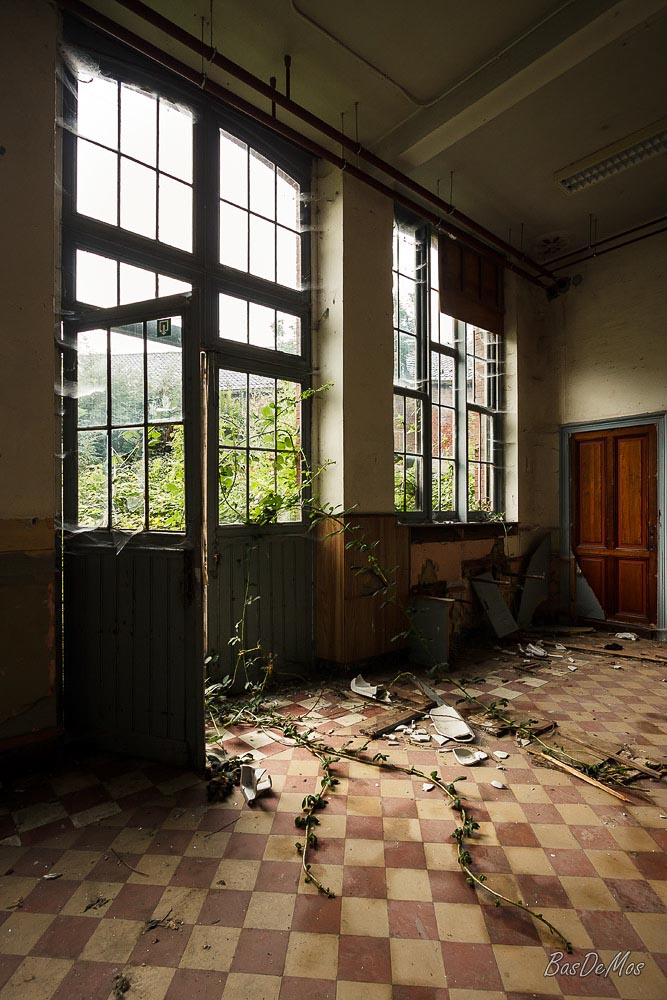 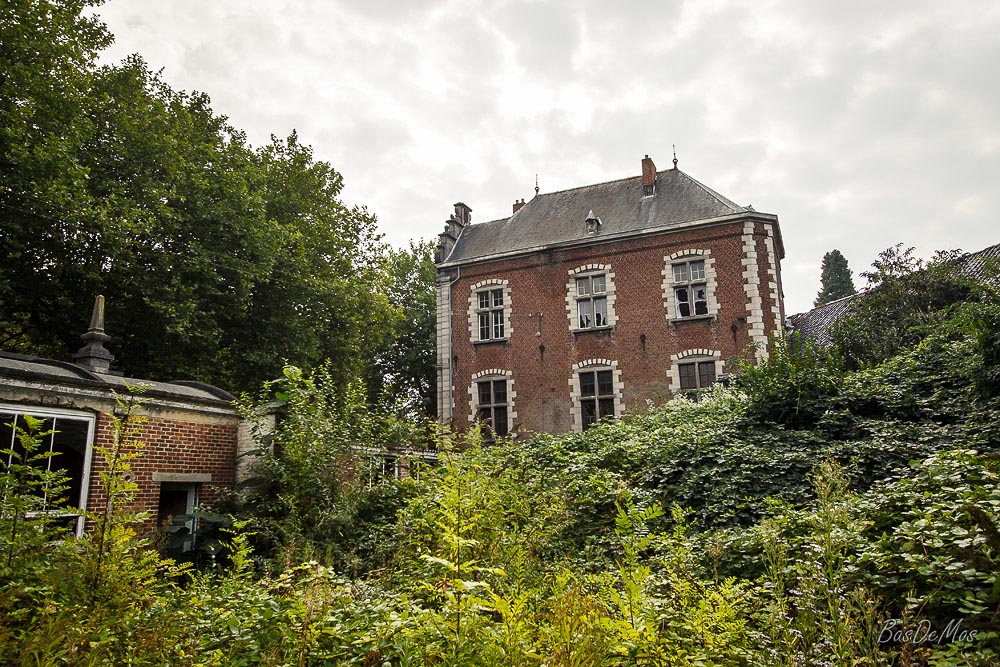 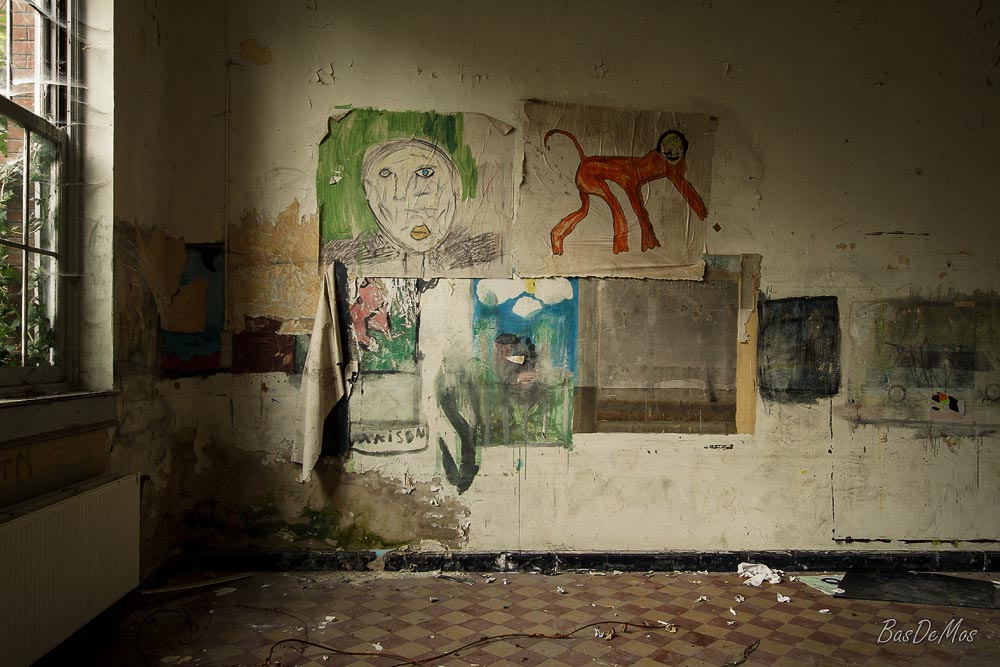 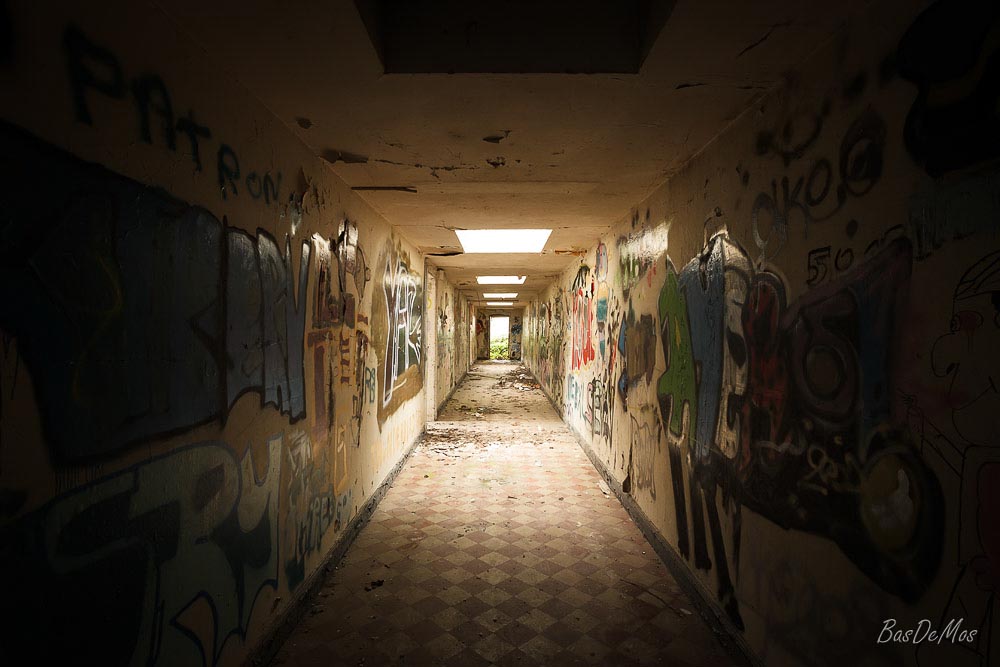 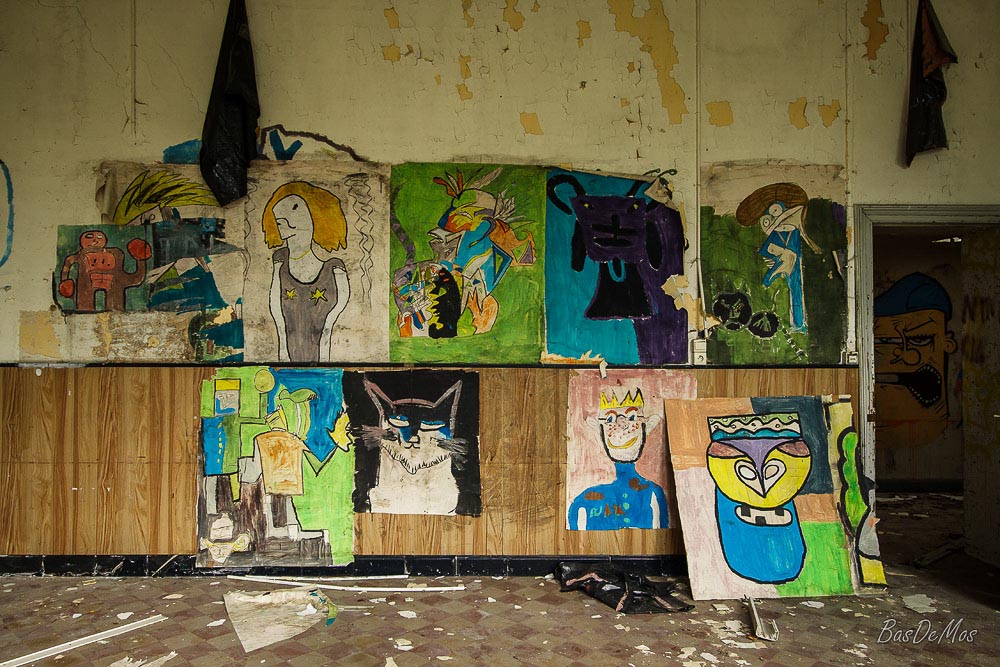 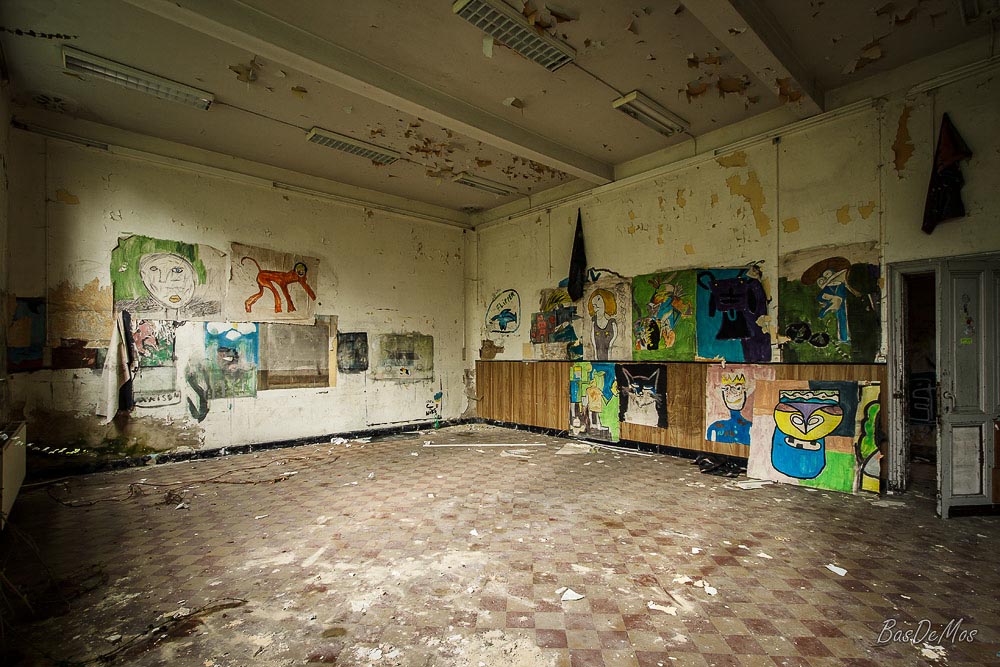 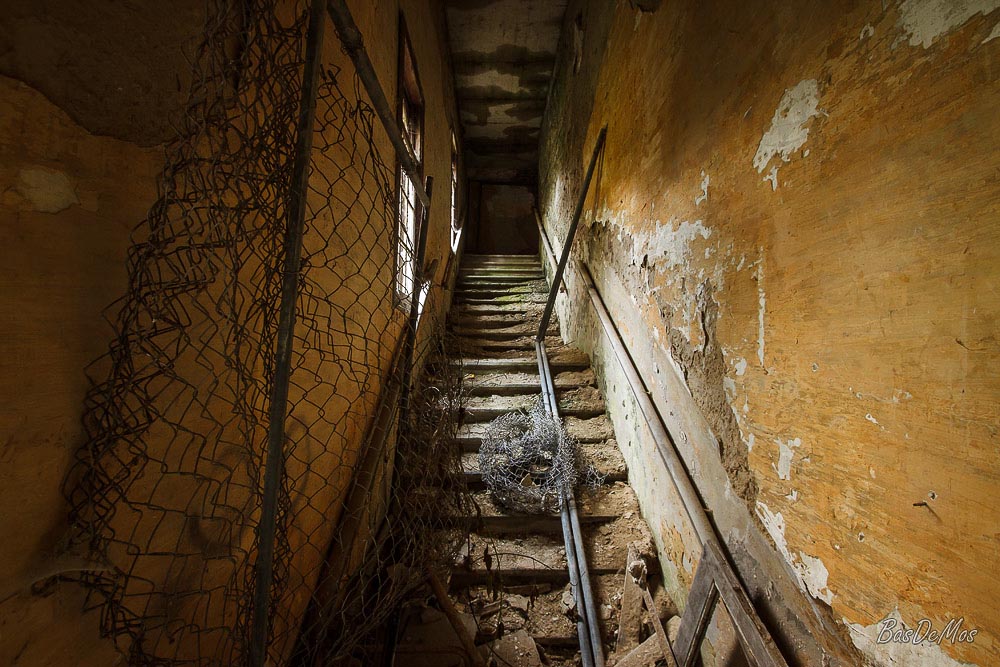 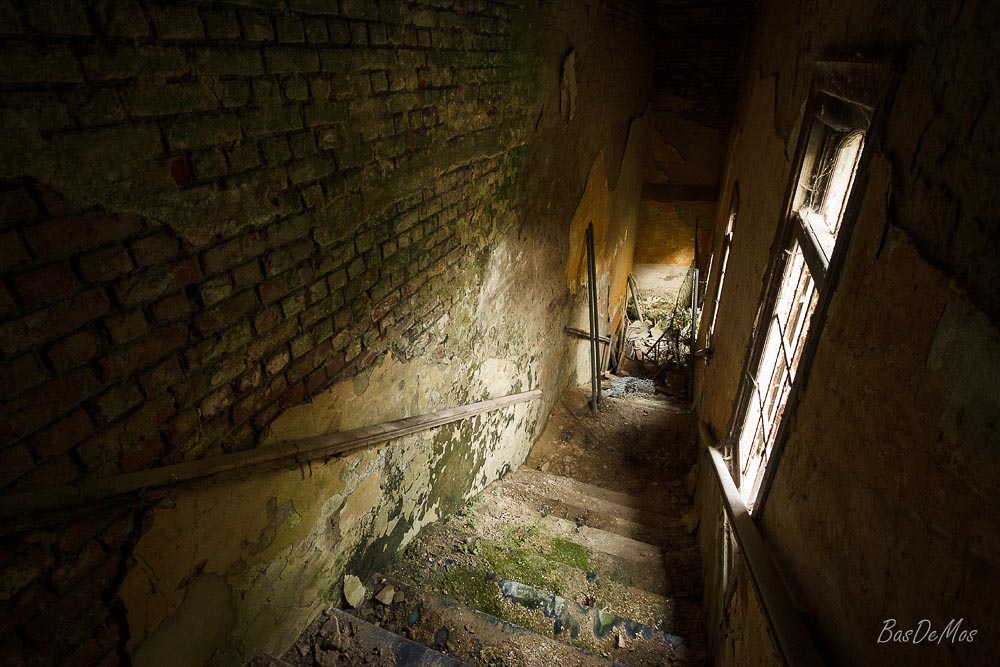 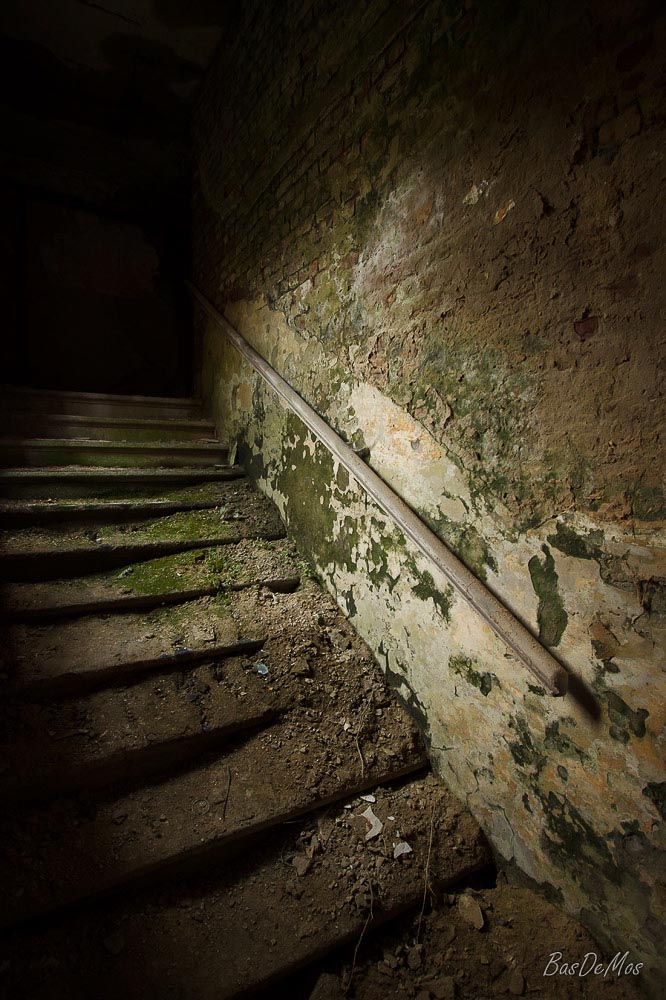 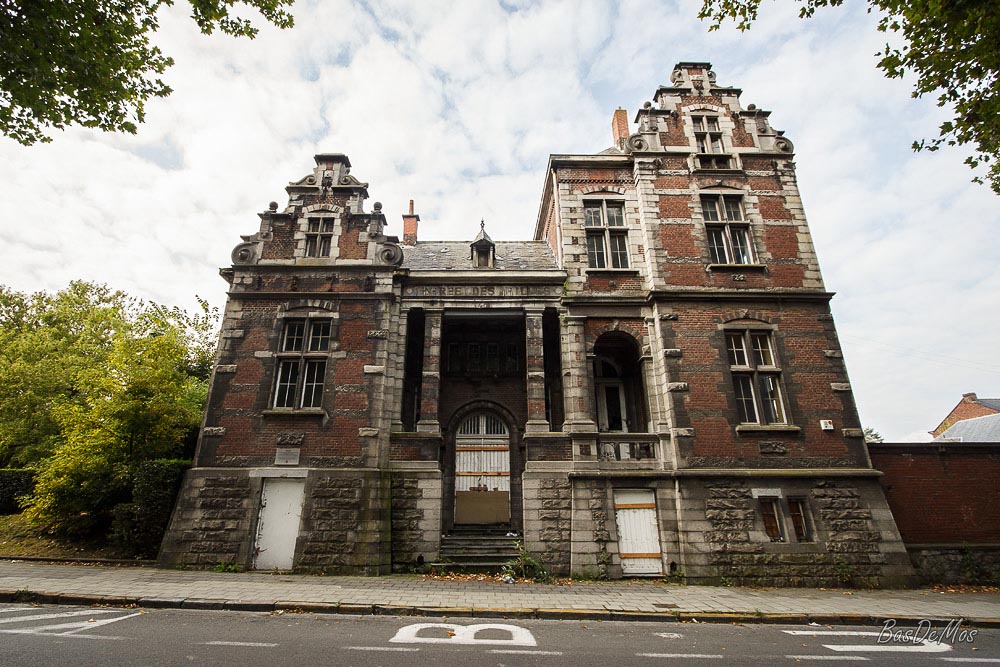