The oldest part of this monastery is an 18th century castle, which was intergrated into the current monastery built in the early 20th century. The building was occupied by the German forces in World War Two. After the war it became a retirement home, which it was until closure in 2008. Plans have been made to turn the buildings into houses but it hasn’t taken off yet.

Shortly after it was abandoned most of the furniture was removed, making it a bit of an empty hull of what it once was. Still it’s quite an impressive building and decay is slowly setting in. I arrived late on a dreary day and didn’t have much time or inspiration left so I paid a quick visit and didn’t take quite as many photos as usual. I really want to return in the spring or summer to see the cross in the courtyard engulfed in ferns! 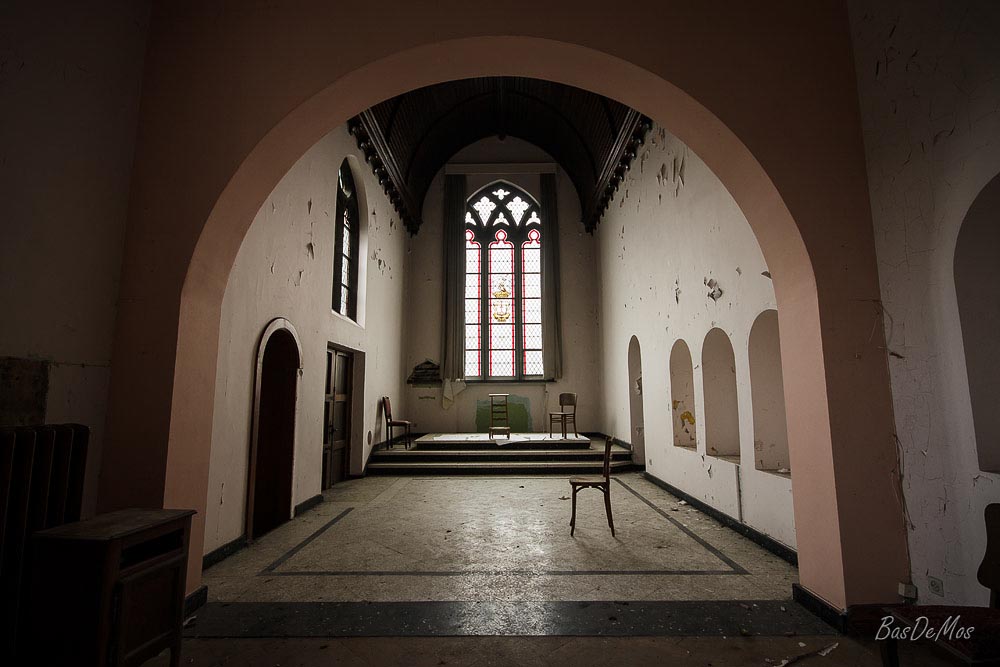 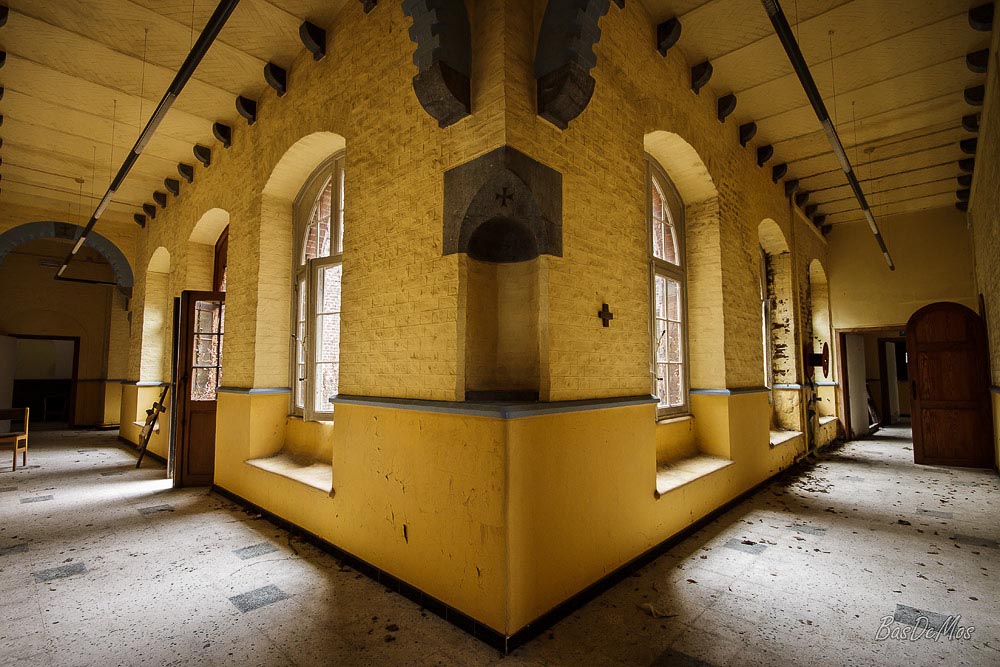 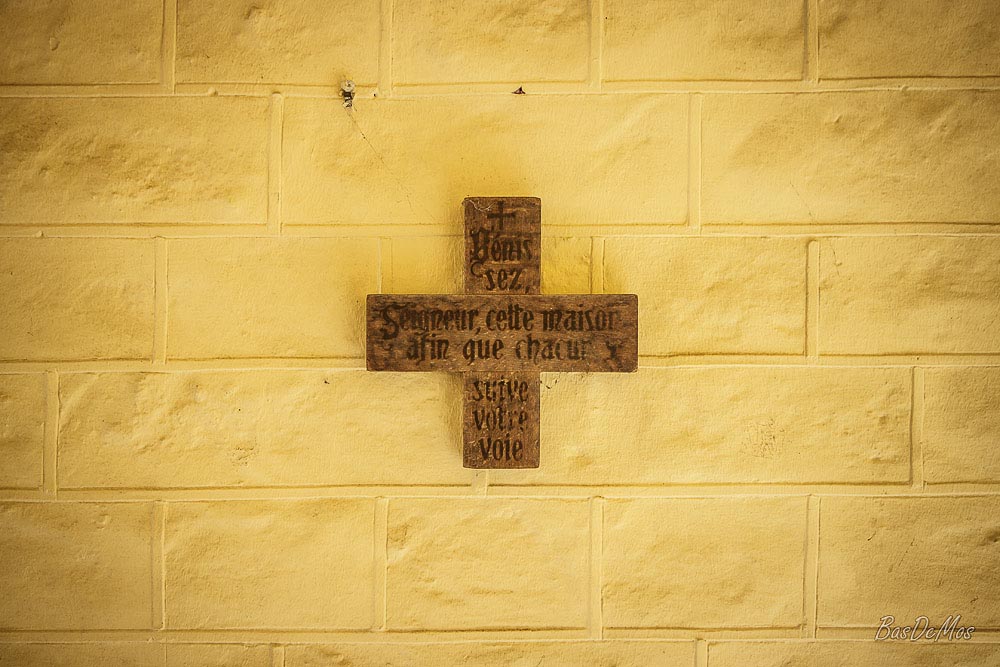 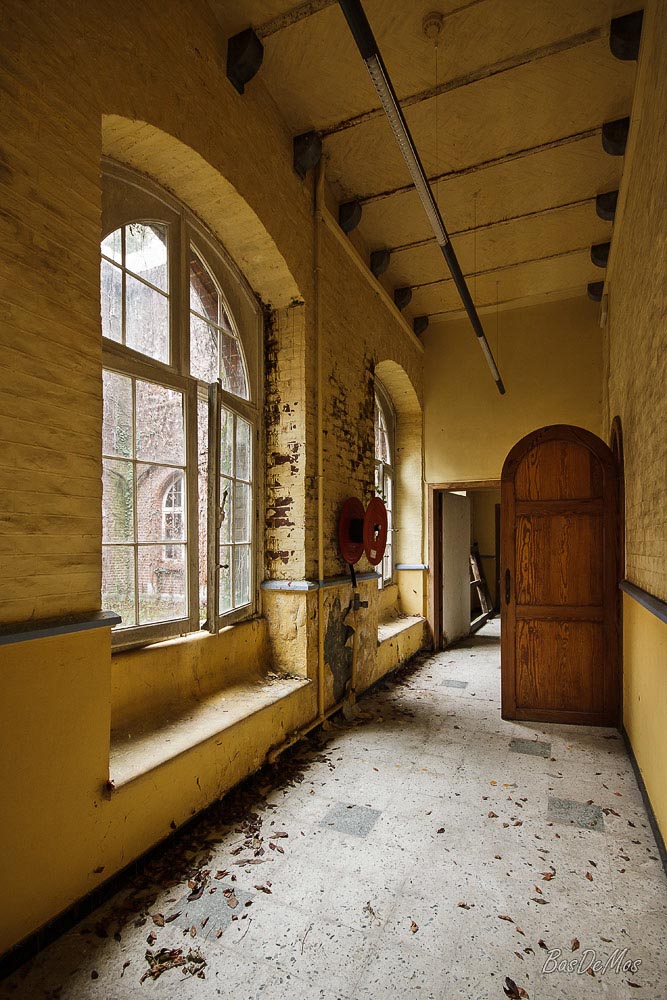 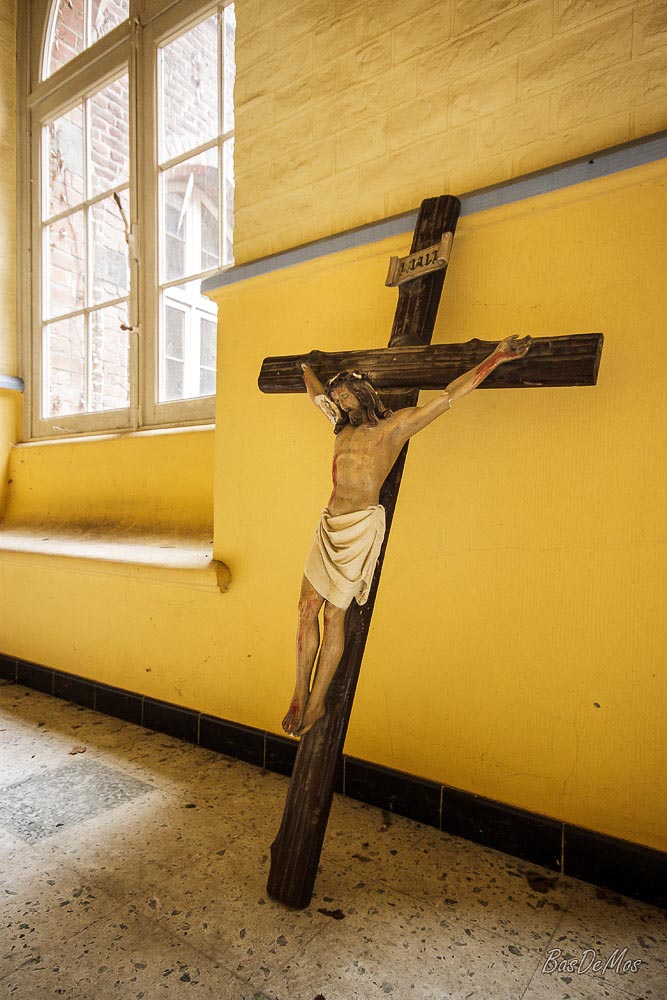 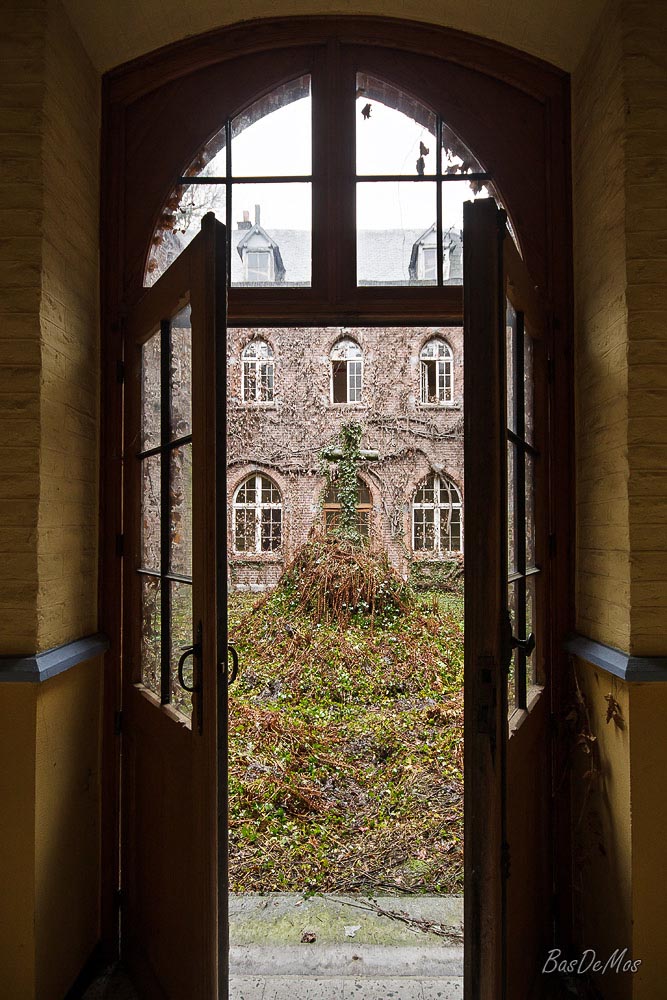 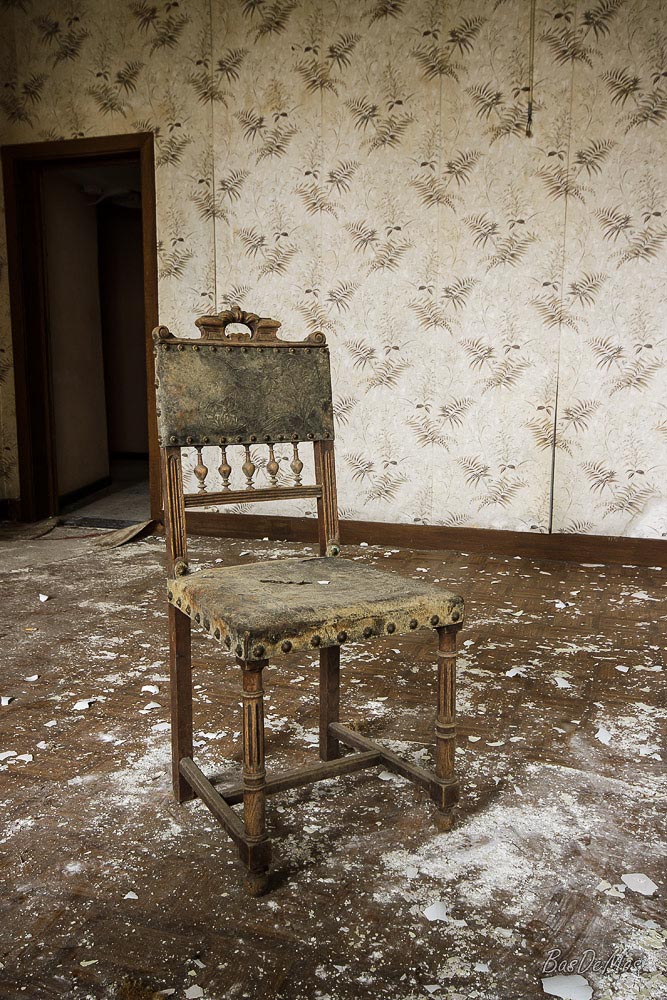 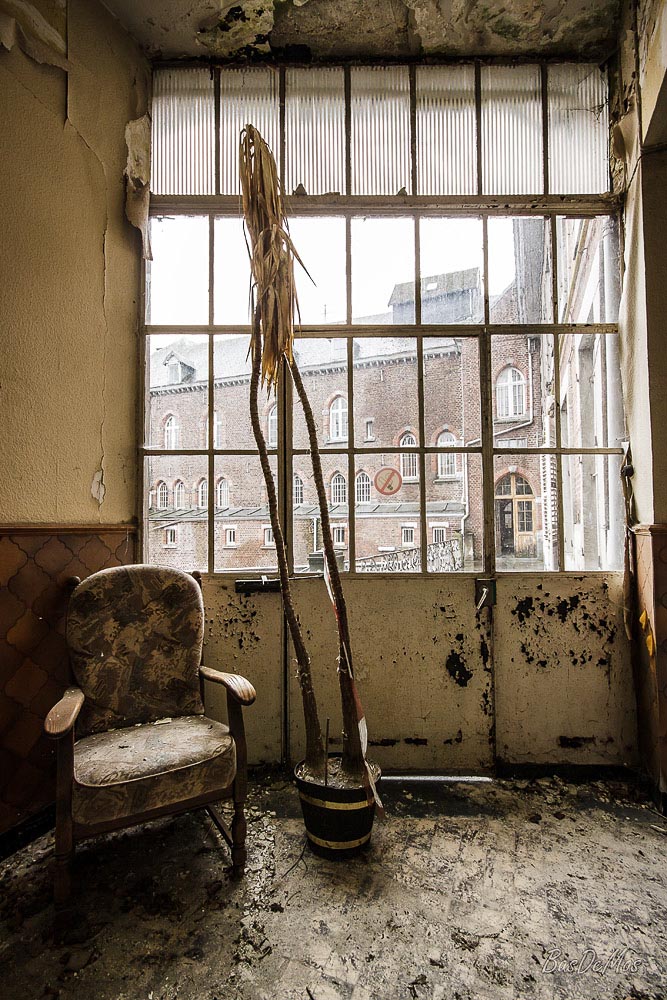 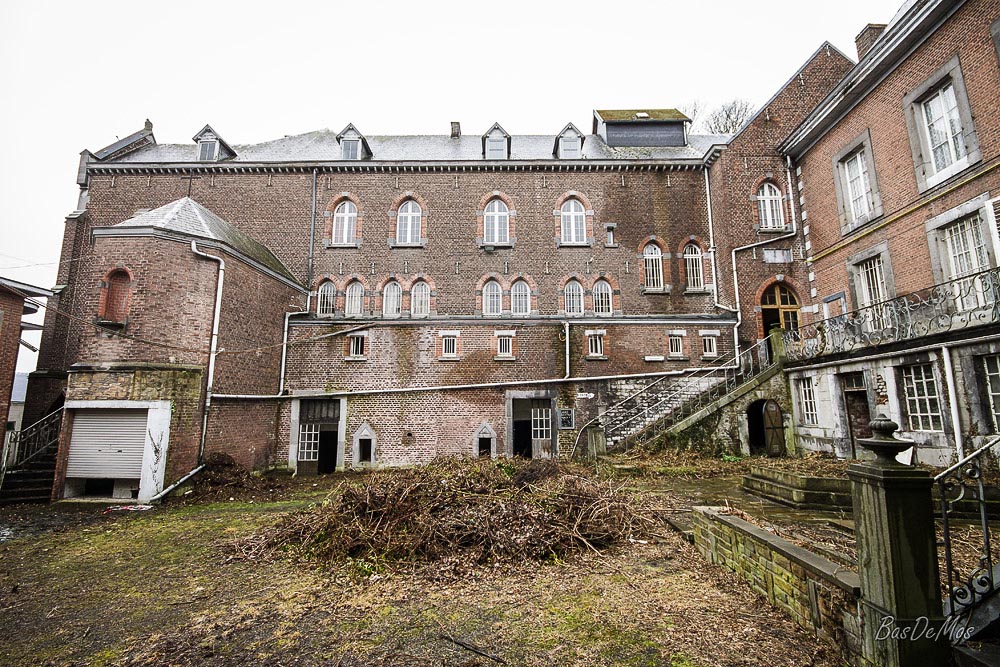 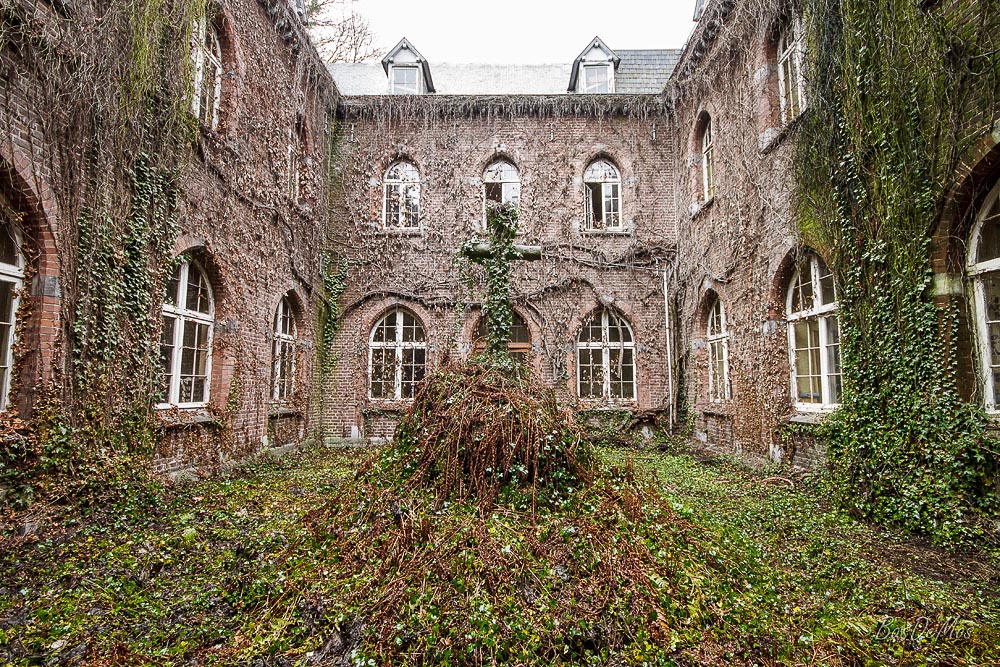 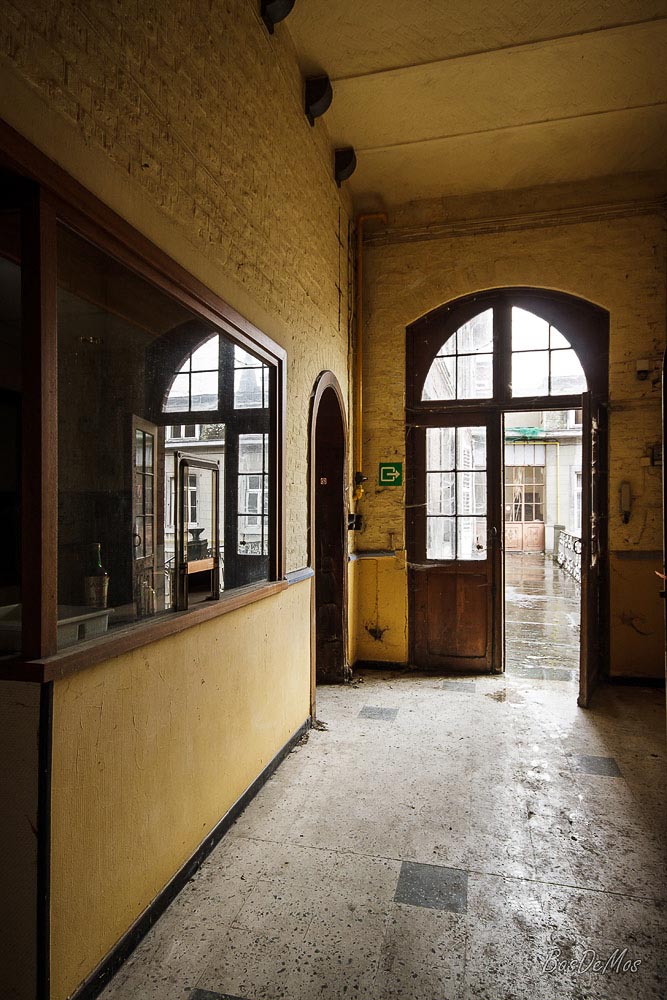 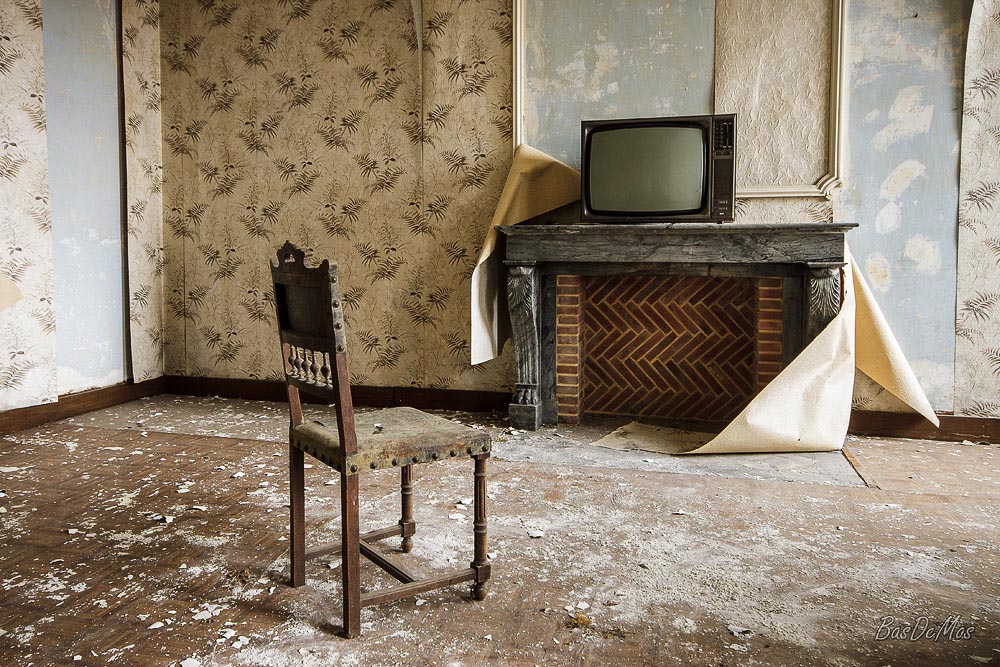 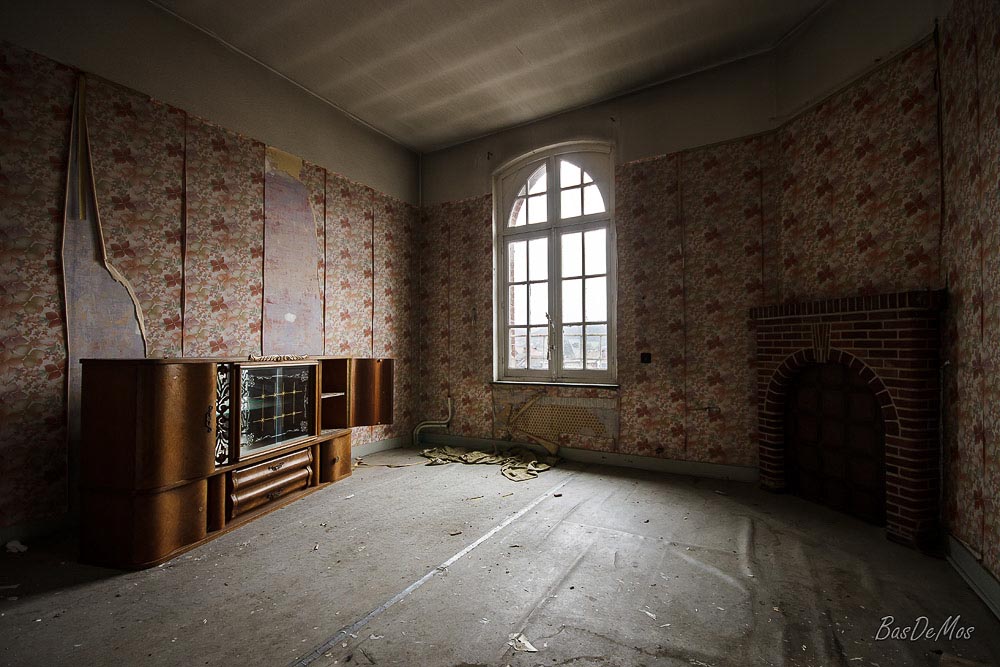 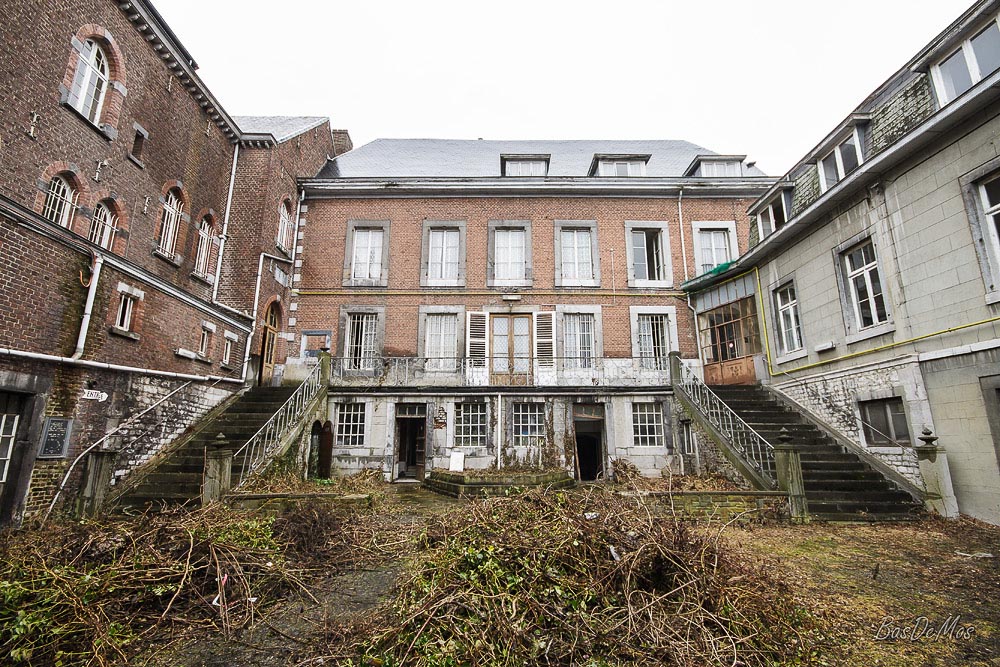